Comment: Net Positive - the next level of responsible business as we know it

Becky Coffin, Head of Strategy and Performance: Net Positive, explains why Kingfisher welcomes the convening of the Net Positive Group in support of the development of the net positive movement. 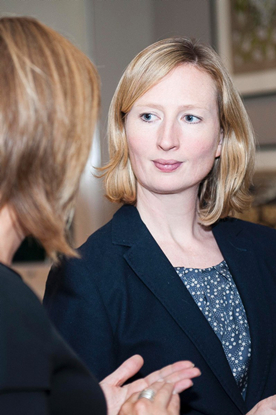 "When we first announced our intentions for Kingfisher to become Net Positive in March 2012, we were one of the only companies making a public statement of intent to become restorative by putting back more than we use in the course of our operations. Now, 18 months later, there is a small but powerful group of companies which has convened to support and encourage the development of a Net Positive movement. This is hugely encouraging for business, the planet and society.

For Kingfisher, the convening of this group is evidence that the Net Positive concept has resonated outside our walls and that we’ve moved the conversation forward about the contribution of business within society. Net Positive is intended to be a force for good and we believe it can help rebuild the trust that appears to have been lost in big business, as well as helping restore the natural resources we all use on a daily basis. This is the next level of responsible business as we know it.

From the outset, we said that we wouldn’t be able to become a net positive business on our own and that collaboration would be vital. The fact that three of the leading NGOs - Forum for the Future, WWF and the Climate Group - have come together alongside businesses including BT, Coca-Cola Enterprises, SKF, Capgemini, The Crown Estate and Kingfisher is testament to the type of collaboration that will be required as we begin to explore what is starting to be referred to as the ‘net positive movement’. Every business is unique so it follows that restorative contributions will be unique as well. That’s why the convening of the Net Positive group is important – it will ensure the concept is credible, that there is agreement as to what it is and that broad thinking is aligned.

The establishment of a net positive movement signifies a collective recognition that we’ve gone past the point of thinking that getting to zero is enough - be that emissions or deforestation to name two examples. As Richard Gillies our Group Sustainability Director has said: "Net Positive provides a framework to help the business community become a force for good - positive for people, planet and profit." This really is a win win win formula."