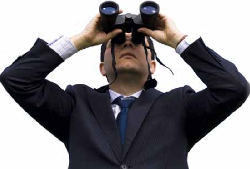 Making predictions about the future of retail can be tricky. Five years ago how many people thought shoppers would pay for their morning java using a smartphone?

Who among us could have foreseen that shoppers would buy an item from an established main street retailer in the afternoon and pick it up the next morning at the local supermarket? And did anyone expect women to embrace the idea of renting a designer dress for a special occasion — or that designers would actually back the premise?

It brings to mind the tagline of a recent Amazon Kindle commercial: “What once seemed wildly impractical is now completely normal.” And as STORES looks at what lies ahead for our industry in 2014, it appears retailers will continue transforming their businesses, their cultures and their systems in the quest to serve the new normal.

Tenets such as “put the customer at the center,” “make it personal” and “deliver on the promise of omni-channel” resound, but truth be told, those are table stakes: 2014 will be the year that retailers focus on how to get it all done. A sense of nimbleness punctuates conversations about the coming year as industry experts acknowledge the need to experiment continuously, innovate quickly and carry out change in the new age of context — an age where information from sensors, wearable devices and mobile phones is being amassed in databases and has the potential to forever alter customer shopping experiences.

What’s in store for retail in 2014? Here are seven bold predictions — along with some ruminations on retail. 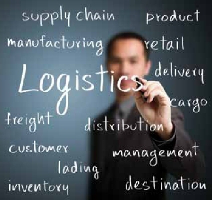 In an effort to collapse the time and distance between order and delivery, retailers will work on leveraging logistics at every turn.

Supply chain and logistics may not be sexy topics in retail, but companies that misfire on this front see negative ripple effects. And in the face of consumers whose expectations have grown exponentially over the last few years, inventory optimization, supply chain agility and visibility across channels are business imperatives. Companies must know where inventory is at all times and how much of it there is.

Retailers need to invest in profitable distributed order management; even if they have a solution in place it’s probably time to fine-tune current systems, because the world has changed since those systems were installed — even just a few years ago. In the quest to use inventory more efficiently, some companies are plucking products from store shelves and shipping from stores rather than distribution centers; it’s ambitious and complex and it could disrupt in-store dynamics — but some say it could pad profits. Are there tools in place to help retailers determine where to pick product for maximum profitability? If not, there needs to be … soon.

And while industry soothsayers always seem to stop short of making predictions about RFID, its fortunes are definitely rising. It’s proven to be the most reliable tool for inventory accuracy, tracking and tracing — all of which are essential in 21st-century supply initiatives. RFID was nice to have a year or two ago; now it’s a business essential. 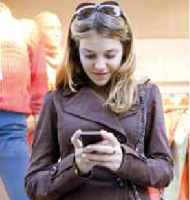 Geolocation digs deeper than check-ins and nearby stores; it’s time to seduce shoppers with targeted data delivered at point of purchase.

Location-based marketing will leave the infancy stage behind and begin toddling toward the next stages of customer engagement. As more retailers embrace in-store Wi-Fi, the opportunity to deliver contextual offers — promotions to motivate a shopper to purchase on the spot — can lift store-based retail.

Keep an eye on the recently announced iBeacon technology, part of Apple’s iOS 7. The iBeacon broadcasts radio signals that can turn a store into a Bluetooth-enabled zone; experts say these low-cost devices have the power to transform retail. If you think that’s a bit of hyperbole, consider this: Paired with in-store sensors, iBeacon technology enables retailers to send a message to a shopper’s iPhone as she enters the store. And because iBeacon is reported to provide an accurate location, it’s now possible to communicate offers based on where the customer is in the store. Did she just pick up a pair of boots? Is she shopping for bath towels in the home section? What offer could move the shopper closer to purchase?

In fairness, retailers need to have good command of customer data to provide truly contextual offers, but let’s be honest — which is more effective, an offer for 20 percent off any item in the store or 30 percent off the boots a shopper has been admiring for the last 10 minutes?

Showrooming can’t be stopped, but it can be mitigated. How many shoppers will elect to buy online if the item they want is right in front of them in a store? The answer is not many — and not many is reduced to very few if a retailer can engage them at the point of purchase with an offer they can’t refuse. 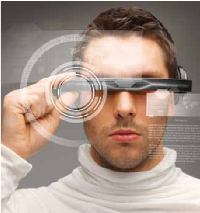 The book “Age of Context” will become required reading as retailers explore how sensors, wearable computers, machine learning, social and location data are changing the industry and challenging privacy.

Robert Scoble and Shel Israel have penned the must-read tome for industry innovators. The two have outlined five trends that they believe will reshape the future: wearable computing, big data and data computation, the explosion of sensor data, social networking and location data.

Not sure you’re on board? Some retailers are already exploring the possibility of using Google Glass, a wearable technology, to provide instruction to store associates on setting displays or stocking shelves. There are supermarket retailers already exploring the introduction of “smart shelves” with sensors designed to detect the age and gender of consumers. Come 2015, advanced analytics will be able to serve up the “right” type of snack product, and video displays will target consumers with appropriate ads and promotions.

Expect all of this technology and contextual selling to raise the intensity of the spotlight on privacy issues. Sure, the possibilities sound like something out of a sci-fi movie, but a lot will depend on how much of the data is amassed via opt-in and what shoppers are willing to trade in return for targeted products and offers that truly speak to what’s important to them. 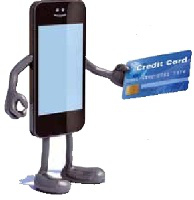 Mobile is proving to be more of a gateway than a sales engine, but expect 2014 to yield its share of defining moments for mobile payments.

Shoppers don’t go anywhere without their mobile phones. It’s only a matter of time before a technology that powers consumers’ daily lives becomes one they’re comfortable using for payments.

Why is 2014 the year? The train has left the station; once consumers get a taste of what’s possible it will quickly speed toward probable. The Merchant Customer Exchange solution is still under wraps, but getting closer to a big reveal. The Isis Mobile Wallet has just gone national and consumers who may not know their phones are NFC-enabled are likely to be pleasantly surprised. Then there’s PayPal: Keeping up with announcements from this payment provider requires an organizational app.

Other platforms to watch in this space include Apple’s iCloud Keychain and Google’s GlassPay, a Google Glass and Android app that processes mobile payments using the peer-to-peer online currency bitcoin.

Hiccups and hurdles are a given, and the proliferation of competing solutions is likely to impede acceptance by retailers who ultimately want to back a winner. Tension around interchange fees will be ongoing. Still, if consumers expect to use their mobile phones to make a purchase and a retailer declines that option — a pretty clear message is being sent.

Seeding innovation needs to be a top priority in 2014 and beyond. Look for a bevy of retailers to announce new innovation labs.

Change is happening so quickly that companies can’t wait to react; they need to drive new ideas internally. Last year, STORES predicted that retailers would look to buy tech start-ups in an effort to leapfrog the learning curve. Acquisitions continue but are now being usurped by the push to set up offices in Silicon Valley or other technology hotbeds like Austin, Texas.

WalmartLabs is the model for some; Nordstrom, The Home Depot or Staples may be archetypal for others. Creating a team inside your company that is uniquely focused on innovation is essential, especially for those whose strategy is built around innovation. Consider what Angela Ahrendts accomplished at Burberry — and which retailer recently wooed her.

Pricing is about to get more daunting, especially if you do business online. Look for “name your own price” tools to become popular.

Price optimization will continue to be an important addition to retailers’ arsenals in the coming year, but two companies are looking to change pricing dynamics online by blending old-fashioned haggling with e-commerce.

Tennessee-based PriceWaiter and Los Angeles-based Greentoe let shoppers make a “reasonable” offer for items sold online. The tools are designed to notify the retailer what the shopper is willing to pay and see if the retailer greenlights the offer. Early indicators are positive; the tools lift conversion and snare traffic. Shoppers are pros at using Priceline, which suggests this could catch on … quickly. 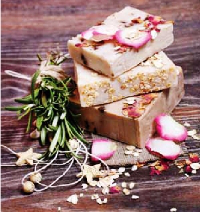 It’s hip to provide ethical, sustainable, hyper-local and uniquely curated products. Find a way to seduce customers who crave these distinct and original items now — or risk a swift breakup.

A trend that has been bubbling for a few years took off in 2013. Shoppers are craving unique experiences and artisan items — and they’re scooping up these items without pulling out their mobile device to compare prices.

Witness the success of businesses like Etsy, The Grommet and OpenSky, the increasing popularity of farmer’s markets and Community Supported Agriculture and a return to sourcing in the United States. Shoppers are telling businesses loud and clear — it matters!

It might be time to rethink the approach to private label or carve out space for local items that will resonate with shoppers and dovetail with your strategy. Take a page from J.Crew, West Elm, L.L.Bean and others that are finding ways to introduce new, young designers to the mix — and making sure shoppers know about it. Ignore this hipster shift at your own peril.