As fall swings into gear, warm your space with ideas from our most welcoming contemporary dining rooms. 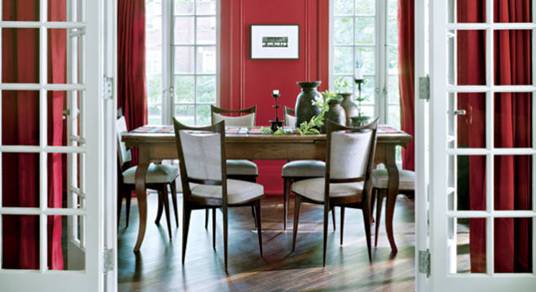 When the weather turns chill, there’s nothing quite as fulfilling as inviting guests over to share in a hearty meal and stimulating conversation. To make sure your space is not only comfortable but also easy on the eyes, get inspired by 10 of Met Home’s contemporary dining rooms. 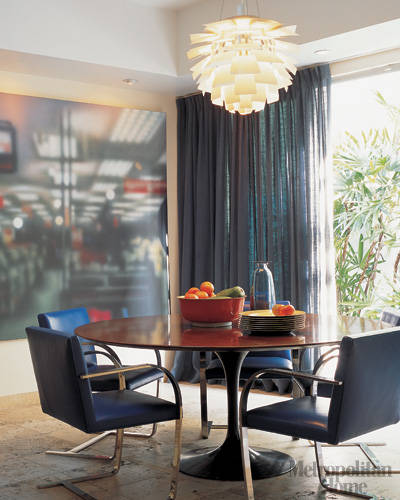 This breakfast area, by designer Andrew Frank, relies on modernist classics, including a rare wood-topped Saarinen table, Brno chairs by Mies van der Rohe and a hanging Artichoke pendant lamp by the Danish designer PoulHenninghsen. The acrylic painting is by the Irish artist Martin McGinn. 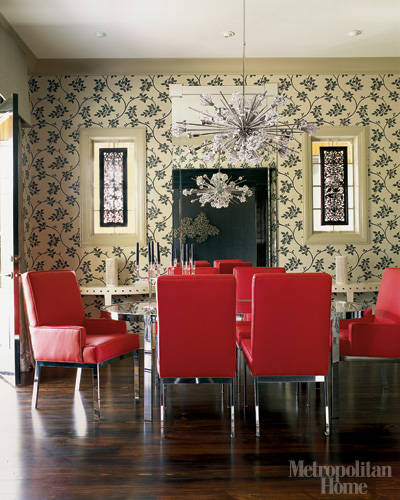 A John Lyle-designed mirror, modeled after a doorway, commands a wall in the dining room, reflecting a starburst chandelier inspired by those at New York’s Metropolitan Opera. Lyle didn’t like the adjacent windows, so he hung a pair of lacquered Asian shutters over them. The table and chairs are vintage; upholstery by Edelman Leather. 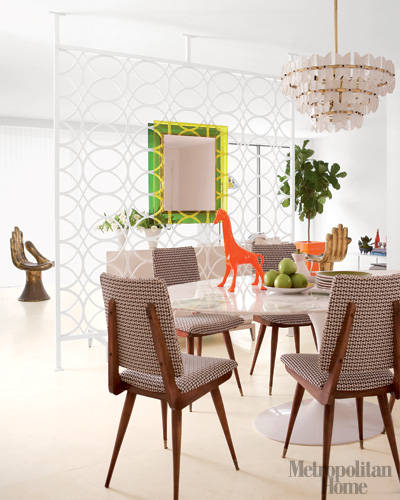 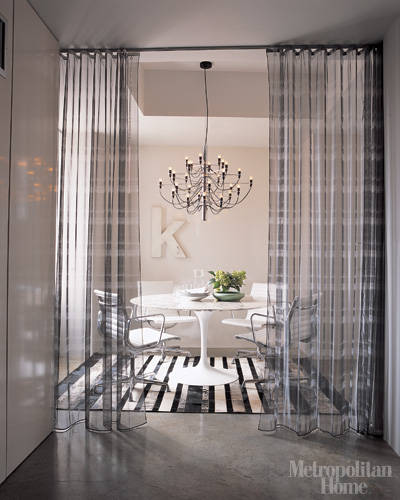 In this dining area, a Mod chandelier from Flos hangs over a classic Eero Saarinen dining table from Knoll. The carpet’s stripes seem to extend upward into the gray-and-white Stephen Sprouse drapery fabric. Designer Kelly Monnahan’s biggest coup was getting Herman Miller to upholster a quartet of Aluminum Group chairs in custom-dyed white leather (it has never before been sold in white because of technical limitations). 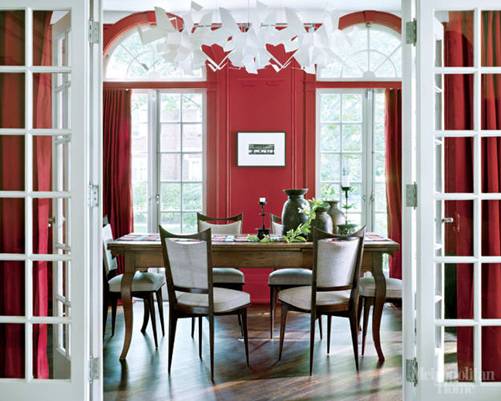 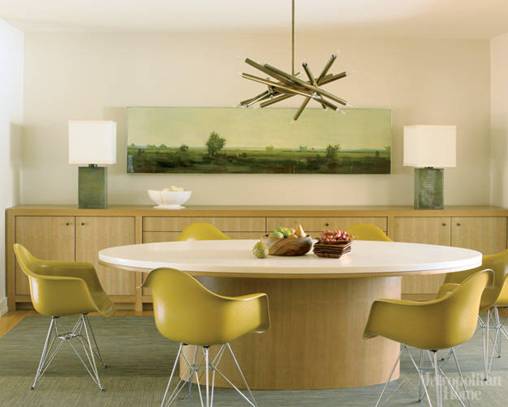 A vintage 1950s brass chandelier by Gino Sarfatti for Arteluce hangs over a custom Barbara Barry oval breakfast table with an eggshell Corian top that matches the kitchen counters; fiberglass chairs by Charles Eames are from Modernica (art is by Peter Hoffer). 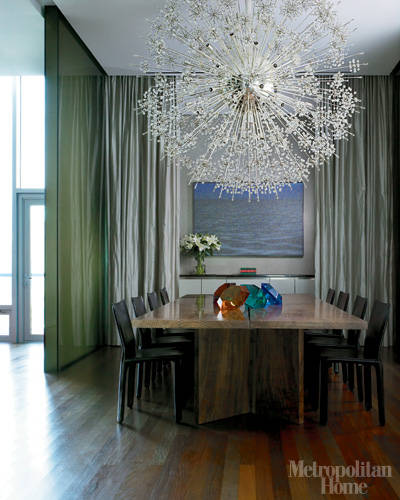 The dining room’s floor-to-ceiling drapes add warmth and drama and can close off the space from the den. Designer Ana Borrallo hung a 1960s chandelier above a wall of bronzed glass and a painting by David Klaman. 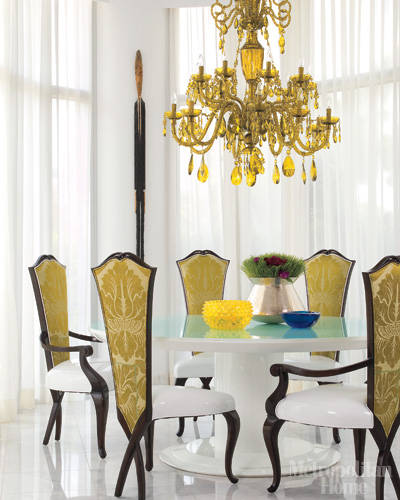 Designer Larry Laslo made some unusual choices in this Miami Beach escape pad. The Christopher Guy dining chairs, with signature Chris-X legs are upholstered in antique brocade and white patent leather. The Rohan table is Moura Starr, the chandelier from NIBA Home; the painting is by Tom Mullaney. 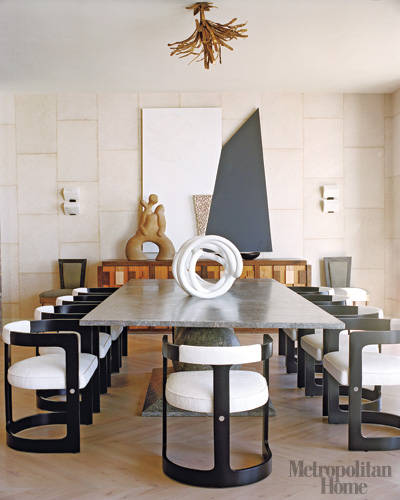 In Kelly Wearstler’s beach house, vintage bucket chairs surround a table that is grand but simple: a slab of stone balanced on a stout pedestal. The art above the sideboard, a custom piece by Wearstler, is from the Pegaso Gallery in Los Angeles. Appropriately enough, the splayed copper branches of a 1960s French chandelier suggest a clump of seaweed.