The dining room in the Victorian-style London home of Suzanne and Christopher Sharp—the founders of the Rug Company—has a bohemian spirit. French Provincial chairs and mother-of-pearl chairs from India surround an oak table that belonged to Suzanne’s grandmother. The Sharps found the wrought-iron chandelier in a Cairo souk, and the antique crystal mirror was purchased from a London antiques. 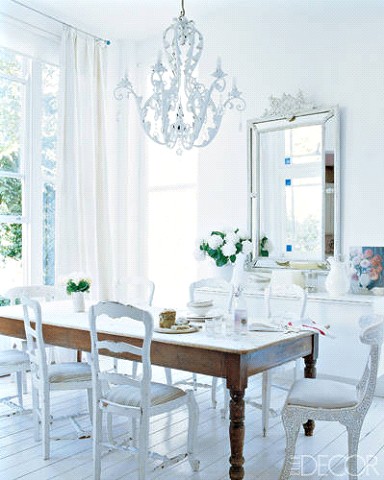 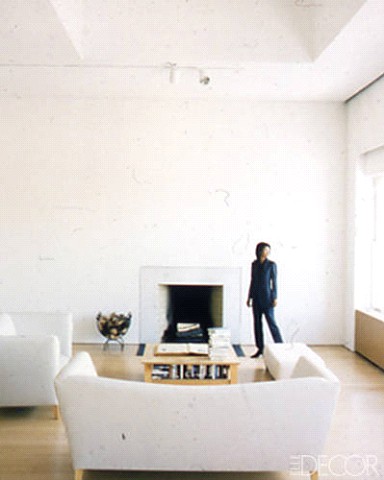 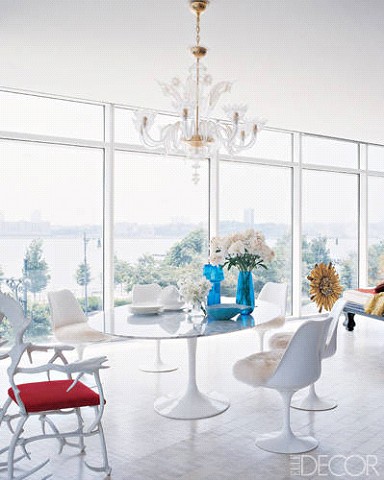 Vintage-fashion purveyor Keni Valenti used white to unify the diverse and quirky furnishings in the dining area of his Miami Beach home, painting the dining chairs, a wood chandelier, porcelain figures, and a Brueton pedestal table—all of which are vintage. The mirrored wall emphasizes the monochromatic scheme. 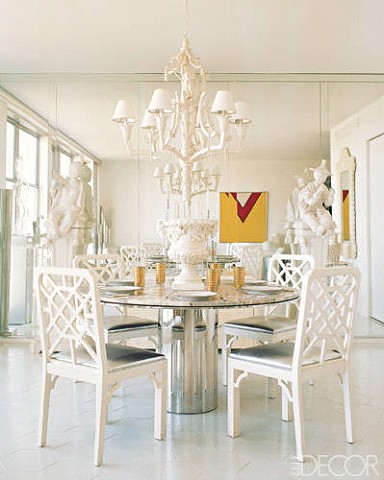