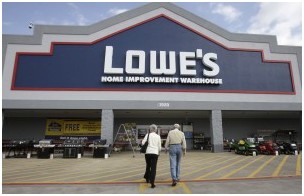 Mooresville, NC - Home improvement retailer Lowe's will acquired 72 Orchard Supply stores for approximately $205 million in cash and the assumption of payables owed to nearly all of Orchard's supplier partners, the company reported.

The deal, which is subject to bankruptcy court approval, is expected to close by the end of August.

Lowe's said Orchard Supply will operate as a stand-alone business. Orchard's executive team is expected to remain in place, according to Lowe's.

The acquisition gives Lowe's a bigger footprint in California - home to nearly all of Orchard's stores, which as of mid June consisted of 89 stores in California and two in Oregon. Orchard Hardware units run about one-third the size of a typical Lowe's (36K-sq.-ft. versus 113K-sq.-ft., respectively), giving Lowe's access to Orchard's more densely populated markets.

"Orchard's hardware and garden stores have a loyal customer base and are situated in high-density, prime locations that are difficult for larger format retailers to enter," said Robert Niblock, Lowe's chairman, president and ceo. "We see significant potential for Orchard as a stand-alone business within Lowe's portfolio, and we look forward to the opportunity to participate more fully in California's economic recovery."

Based in San Jose, California, Orchard reported annual revenue of $657 million for fiscal 2012. It's assortment in home textiles includes pads for outdoor furniture and outdoor rugs.