With summer a mere week away, new showrooms are popping up just about everywhere. In our monthly roundup, Business of Home gathers all the expansions and openings to have on your radar.

Giussano, Italy–based home furnishings brand Rimadesio had been toying with the idea of a U.S. showroom for some time now. But it’s only in the past month that the company has finally been able to bring that dream to fruition with a shining new flagship store in New York’s NoMad district.

For years, Rimadesio’s business model in the States consisted of just one independent rep, Andrea Romano, based in Europe and shuttling back and forth about four times a year to grow the U.S. market. But Romano believed that if the company were to really take off, he would need to establish himself more permanently in America. “In the United States, if you want to do something good [with your business], you have to do it here,” he tells Business of Home. “You have to be here.”

So Rimadesio began scaling its North American distribution network through multiline showrooms, growing from one dealer, to two, to 20. “At that point, I started saying if we wanted to do well in the U.S., we needed our own showroom,” says Romano.

As Rimadesio started shopping around for a location, it was confronted by the all-too-familiar sky-high price tags of the Manhattan real estate market. Then the pandemic struck. “We had seen this space before COVID, but the money they were asking for was beyond anything we would even think about,” says Romano. “When COVID happened, I said, ‘OK, let’s check again.’ A different real estate agent gave us a lot of options and told me the landlord was open to a conversation about the price. We got it down 37 percent, and I called [owners and brothers Luigi and Davide Malberti] and said that we either do it now—the perfect price point, the right location—or never. A week later, we agreed on the space.”

The new flagship is spread across three floors totaling more than 6,000 square feet—a space that took Italian architect Andrea Pozzoli roughly a year to revamp. Headed by Romano and a team of four, the showroom features the company’s entire product portfolio, from doors and shelving to panels and closets, allowing architects and designers to experience several Rimadesio products working in concert. “Designers can touch and see that Rimadesio goes beyond just a sliding door—they see back paneling, entire walls, passages with furniture,” he says. “All of a sudden, they realize Rimadesio isn’t just one product but a whole system. Not only do you sell more this way, but designers can find real solutions. They look like kids in a toy store. And it’s contagious—they use it in one house, and then another and another. That’s what we’re trying to do here.”

In West Hollywood, Soho House’s design retail offshoot, Soho Home, is opening a Soho.Home.Studio location on Melrose Avenue. Spanning more than 9,000 square feet, the two-story studio is the brand’s second to open in the U.S., and the first on the West Coast. Open to both the public and Soho House members, the space will also feature a selection of work by designer members. 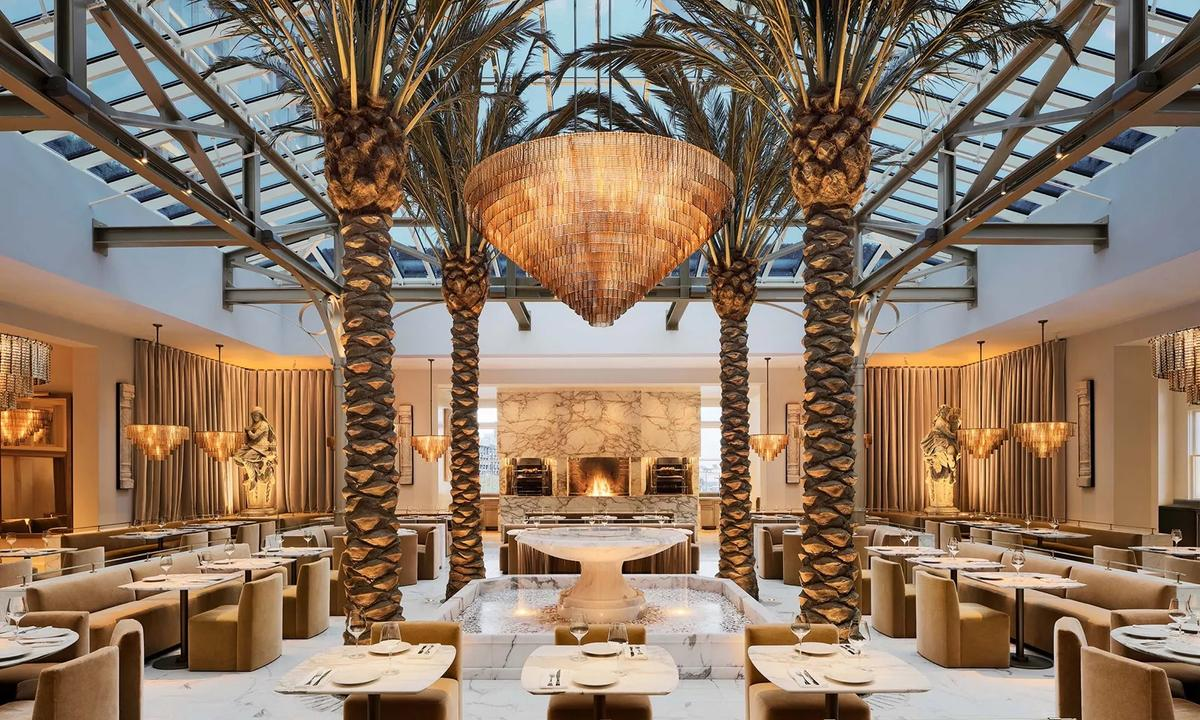 RH has unveiled a new furniture gallery in San Francisco at Pier 70. Located in the historic Bethlehem Steel Building, the neoclassical facade was finished by artist James Goodman and the adjoining space features the retailer’s suite of furniture, lighting and home accessories, as well as The Palm Court restaurant.

Multidisciplinary creative group Industrial Craft Studio has opened its first brick-and-mortar store in San Francisco’s Mission District. The retail space offers a selection of new and iconic pieces, including furniture and housewares, curated by founder Max Burton and his team of designers.

Swedish design brand Hem has opened its first dedicated West Coast showroom in the Los Angeles Arts District. Reimagined by Hem’s in-house team, the 1,800-plus-square-foot space was once a dumpling factory but now lends its postmodern backdrop to the brand’s array of home furnishings.

Luxury mattress company Duxiana, known for its Dux mattress, has just opened a showroom in downtown Chicago at 445 North Wells Street, just two blocks from The Mart. For the prior 15 years, the company’s Midwestern presence was based out of Hubbard Woods, Illinois.

Wallcovering titan Maya Romanoff has announced the opening of its headquarters, studio and showroom in Skokie. Serving the greater Chicago territory, the new location will allow designers to work with the brand’s in-house team, shop its collections and see the manufacturing process firsthand.

Luxury design firm McLean and Tircuit has relocated its retail boutique and studio to Laurel’s historic district. The new space will offer a curated shopping experience for custom furnishings, home accessories and gifts in addition to McLean and Tircuit’s interior design services.

Direct-to-consumer furniture and lifestyle brand Burrow has opened a new retail location on Newbury Street in Boston. Following the successful launch of an omnichannel sales approach led by its New York–based storefront, Burrow House Boston is the first of 10 new locations that will open over the next two years as part of the brand’s strategic retail expansion.

Danish design brand By Lassen has unveiled a new two-story showroom in Tribeca, where architects and designers can find an assortment of the company’s upholstered furniture, case goods and home accessories.

Multiline showroom Haute Living has unveiled its first New York location in Chelsea. The 7,000-square-foot space features its host of brands, including furniture companies TYP, By Lassen and 101 Copenhagen, lighting from Tom Dixon and more.

Irish design house Orior has announced a new flagship on Mercer Street in SoHo. Coinciding with the opening, the studio will debut a new collection of furniture and rugs, as well as the U.S. premiere of product from designer Katie Ann McGuigan.

Home furnishings retailer Arhaus has opened a new store at The Westchester, a shopping center in White Plains. The 17,800-plus-square-foot location will serve New York’s metro area with its retail selection and in-store design services.

Opening on June 20, Design Within Reach’s new store will be located one block north of its former address. Sitting at 150 Greene Street in SoHo, the space takes a step away from the traditional showroom model to feature a softer, more residential shopping experience.

Furniture, lighting and home accessories brand Fisher Weisman has opened a showroom gallery in ​​San Miguel de Allende, Mexico. Located in the historic district, the space pays homage to the brand’s origins in the city.

In London, British interior design firm Studio Ashby has unveiled Blewcoat, a by-appointment shopping destination for art and interior decor. The brainchild of founder Sophie Ashby, this new shop sits inside the renovated Blewcoat School, an 18th-century National Trust–listed building in the City of Westminster.

Soho Home has also announced the opening of Soho.Home.Studio Westbourne Grove in London’s Notting Hill. Spanning nearly 8,000 square feet, the store will be open to both members and nonmembers for interior design consultations with the Soho Home team.

Italian lighting brand Lodes has opened its first dedicated showroom in the Brera district of Milan. The 2,000-square-foot space marks the latest step in the 72-year-old family-owned company’s growth strategy.

Gervasoni has announced the opening of a new showroom in Milan. Founded in 1882, the Italian home furnishings and lighting brand now sits on Via Spartaco in a bright, contemporary space that spans 7,500 square feet.

Modern furniture wholesaler and retailer Moe’s Home has opened its new showroom headquarters in Vancouver. The more than 30,000-square-foot space not only features the company’s array of product but also will serve as a design hub for the region, hosting biannual markets in May and September.