Can Knoll acquire its way out of a COVID slump? 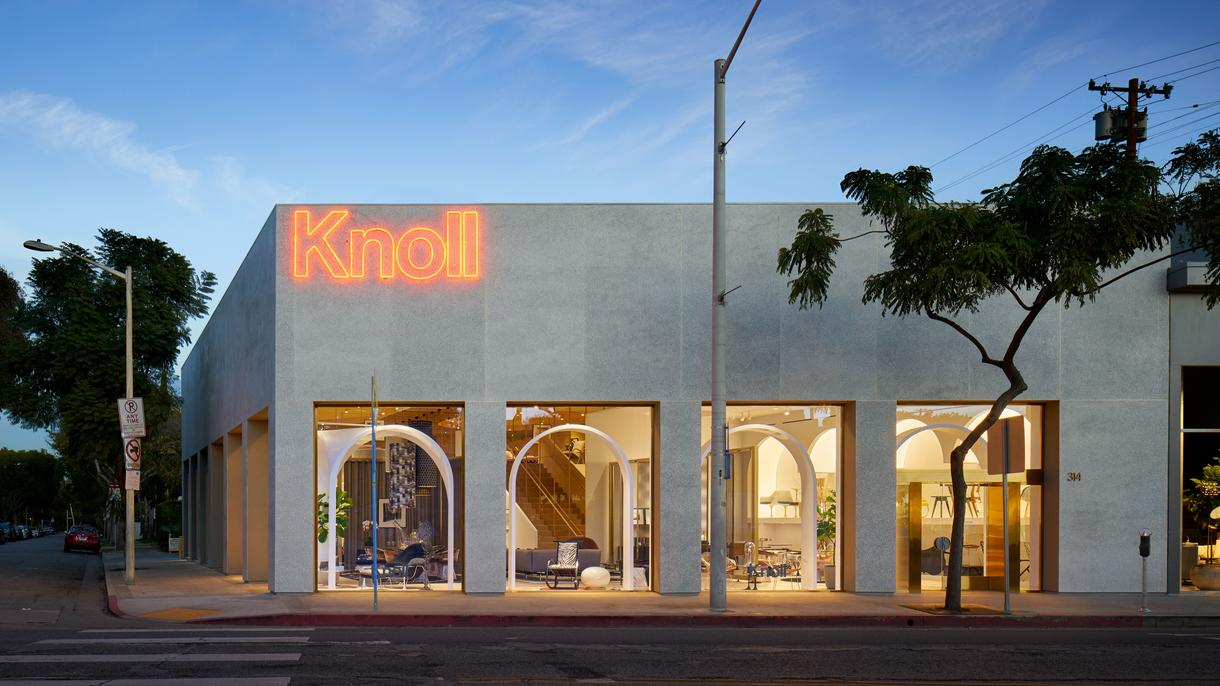 It started simply enough, with some supply chain challenges coming out of China as the year began. Before long, however, Knoll had to halt production at its facilities in Italy. By April, its entire worldwide showroom network was shuttered.

“The second quarter of 2020 was unlike any we have ever experienced,” Knoll’s longtime CEO, Andrew Cogan, told analysts who dialed in last week to hear the company’s earnings results. While still best known for its office systems, Knoll is the parent company of trade brands such as Holly Hunt, Edelman Leather, Vladimir Kagan and Knoll Studio, its offering of modernist classics tailored to the residential market.

Despite the bad news, Knoll’s sales declines weren’t nearly as drastic as many on Wall Street were bracing for: Net sales fell by 25 percent to $274 million for the quarter, and the company swung to a slight operating loss of $10 million for the three months ending June 30.

Recognizing the gravity of the situation early on, Cogan and his team were faced with the grim task of cutting overhead—furloughing staff where they were unable to operate, freezing salaries, suspending 401K contributions, and ultimately eliminating approximately 400 positions across the company. Together with reductions in travel and expense spending, run rate costs (the company’s assumed operating costs, when current performance is used to predict future outcomes) were reduced by approximately $50 million. Knoll also slashed its dividend by 76 percent, in an effort to preserve liquidity.

Recognizing that those steps alone might not be enough to see it through the next 12 to 18 months, the company also entered into an agreement to issue $164 million of convertible preferred stock to a subsidiary of the $12 billion European investment company Investindustrial. The preferred shares carry a 4.5 percent dividend and an initial conversion price of $16.75—a 45 percent premium over where the shares were trading when the deal was signed. As part of the agreement, Knoll will add a seat to its board of directors to accommodate a representative from Investindustrial. Simply put, Cogan’s company is taking on some additional debt as an insurance policy, and not giving up much in exchange.

Save the date! On September 14 and 15 from 12:30 p.m. until 4:30 p.m. EST, Business of Home will present the Future of Home conference, which will be filmed in-studio and livestreamed to your home. BOH Insiders may register here. Subscribe to BOH’s YouTube channel to view videos from last year's conference.

Investindustrial is no stranger to the high-end home world. Among its many holdings—from Aston Martin to thermoplastics and a network of Spanish fertility clinics—the company owns a controlling interest in B&B Italia, as well as in the Italian lighting brand Flos and the Danish lighting brand Louis Poulsen.

On the earnings call, Cogan said that he sees this additional liquidity injection as a way to bulletproof his balance sheet at a time when there is little visibility into the next six months. He also pointed out all of this uncertainty may present the opportunity to make more strategic acquisitions. A nice high-margin, digitally native residential brand, for example, would go a long way toward helping Knoll to further build out its e-commerce offerings.

The company’s recent purchase of Fully, the online standing desk and ergonomic seating company based in Seattle, helped Knoll quickly fulfill some orders from customers needing additional work space at home. Knoll also sped up its plan to bring Muuto, the Scandinavian furniture and lighting brand it acquired in December 2017, into the mix on its site as a way of broadening its quick-ship selection.

Knoll’s share price has fallen more than 50 percent since the start of the year—and unlike other corners of the industry, the company has not benefited from the work-from-home rally that has lifted the shares of RH and Wayfair by 300 and 1,000 percent, respectively, since their panic lows in March.

The perception of being an office furniture company at a moment when so many of us don’t know when we’ll be returning to our offices has dampened the market’s enthusiasm for Knoll’s shares. And the earnings report shows that it may be more than just perception: Even in this climate, the brand’s workplace sales outpaced residential sales by 3 to 1.

The pandemic’s devastating impact on brick-and-mortar retail is also impacting Knoll’s stock price, as the company’s online offerings historically have been limited. (All the more reason to snap up a digitally native brand, and pronto.)

Current trends suggest that much of Knoll’s future success hinges on establishing its authority outside of the office. With Holly Hunt showrooms across the country reopened and production back online around the world, the company can continue to boost those residential sales while it waits for the right takeover candidate to present itself. Who will it be? Watch this space.

Dennis Scully is the host of the weekly BOH podcast, where he explores the changes and challenges facing the interior design community through interviews with industry thought leaders, entrepreneurs and creatives. Scully was previously a business development consultant for major trade brands, and has held sales and marketing roles at Domino, Waterworks and Twill Textiles. In his Market Watch columns, Scully calls upon his background as an analyst and longtime securities trader as he explores the ins and outs of the home industry’s publicly traded businesses.

Disclaimer: The author does not hold shares of the companies featured in this column at the time of the story’s publication. The views, thoughts and opinions expressed here belong solely to the author, and do not necessarily reflect those of BOH. The material is for informational purposes only, and does not constitute any form of financial advice.