MARKETING SKILL: The Need For Speed: 7 Observations On The Impact Of Page Speed To The Future Of Local Mobile Search

Having a mobile website may soon not be enough to get users to patronize your local business if it doesn’t deliver a fast and positive user experience. Wesley Young takes a look at the latest data and developments with regard to mobile websites. 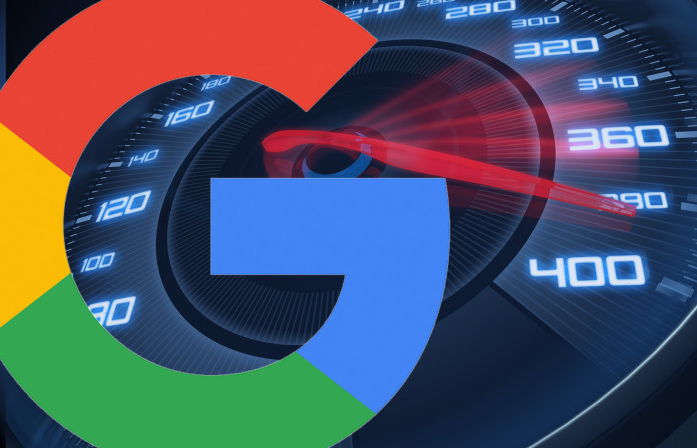 Having a mobile website in and of itself sets an SMB apart from almost half of its competitors. The Local Search Association (LSA) issued a report commissioned by BuzzBoard titled “Mobile: Ready — or Not?” in January 2016.

BuzzBoard’s research found that 47.3 percent of SMBs do not have mobile-ready sites. The report also notes another 2015 study by RBC Capital Markets that reflects an even lower rate of adoption — it found 67 percent of SMBs’ sites are not mobile-ready.

Those with mobile websites arguably stand to double the audience of those without mobile sites. According to comScore’s “Global Mobile Report,” virtually half of all traffic to the top 100 digital media properties are mobile only.

The LSA and BuzzBoard report notes that in October 2015, Google stated that over 50 percent of search globally is on mobile. And surveys by LSA and Thrive Analytics reflect that mobile is even more important for local search — 60 percent said they usually use a mobile device (smartphone or tablet) when looking for local information online. 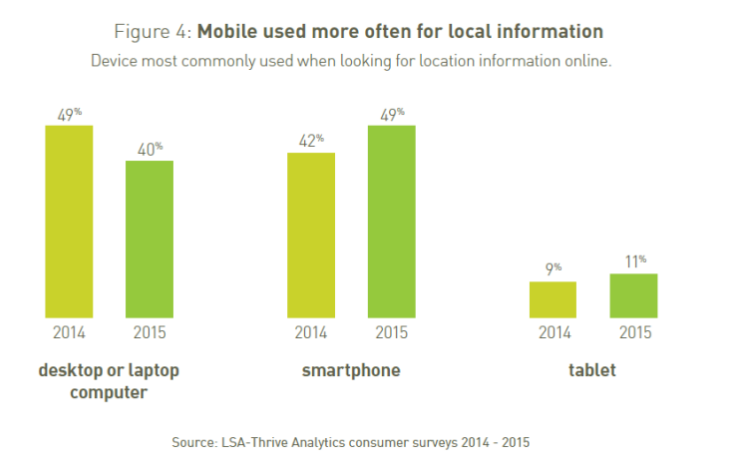 he problem for those without a mobile site is twofold. First, consumers demand it. Google reports that 57 percent of users won’t recommend a business with a poorly designed mobile site, and 40 percent go to a competitor after a bad mobile experience.

Second, you’ll get fewer visits with a non-mobile site. Three months after Google launched its new algorithm last year that penalized the mobile search rank of web pages that were not optimized, almost half of non-mobile-friendly web pages experienced a loss in page rank. 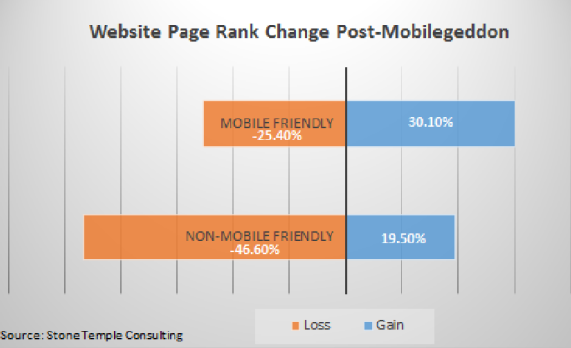 Yet Google is constantly tweaking and updating its algorithm. So what’s next? How can savvy SMBs stay ahead and maintain their competitive advantage? One area to review is the speed of your mobile website. This is an area Google is taking an increasingly closer look at, especially with the launch of its new Accelerated Mobile Pages (AMP), discussed in more detail below.

Below are seven observations and tips about the importance to a local business of its mobile website’s speed and how to outpace your competitors by maintaining a positive and responsive user experience.

And their patience with mobile sites is even less than that for sites accessed via a desktop. Yet the median load time for the top 100 retail mobile sites was 4.33 seconds, as measured in 2013 by Radware, increasing to 4.8 seconds in 2014.

That 1+ second might not seem like much, but slow pages was the number one user complaint about mobile sites. According to Radware’s 2014 State of the Union for Mobile eCommerce Performance, every one-second delay impacts bounce rate, conversion rate, cart size and page views. 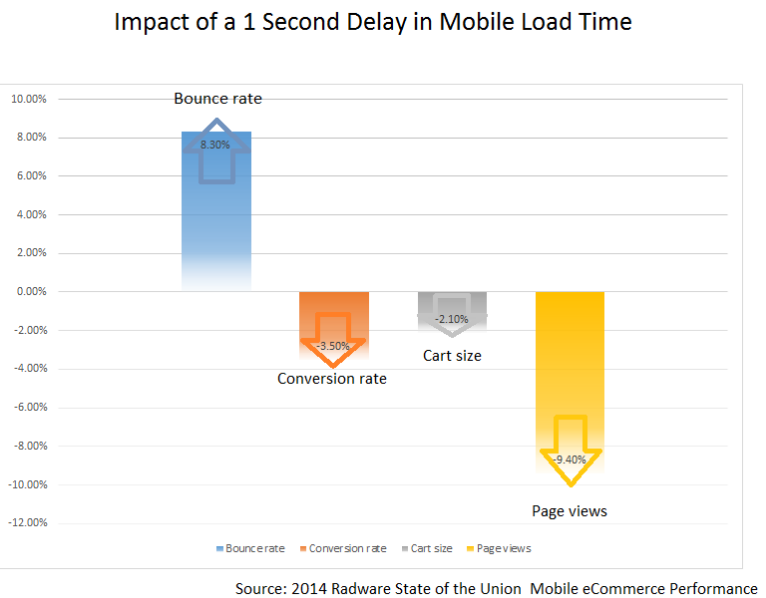 2. Speed Is A Google Ranking Factor For Mobile

Early reports stated that page load speed did not affect page rank on mobile websites as part of Google’s Mobilegeddon. Yet, anecdotally, observations about Mobilegeddon seem to contradict those reports.

Based on an analysis of client sites, Colin Guidi, director of SEO at 3Q Digital, said, “Visiting these sites via a mobile browser and slower processors shows that page speed and load time seems to be a heavier weighted ranking factor over this new mobile-friendly update.”

Studies also appear to support those observations. Searchmetrics released a report post-Mobilegeddon that demonstrated a strong correlation between page speed and page rank.

And now, Google itself has come out this year stating that Google favors faster sites. Further, David Besbris, AP Engineering of Google Search, asserted on the AMP Project page that “Speed has always been a cornerstone of Google Search.”

I think it’s safe to operate under the presumption that speed matters when it comes to local mobile search.

3. Google Has Set The Bar High

Google wants to maintain its market share in search by making sure that consumers like their user experience with sites pulled up in its search results.

Since consumers want a fast web experience, Google is pushing websites to make sure they meet those expectations, and it has set the bar high. Google’s standard is for mobile web pages to render in less than one second on a mobile network. One second is an extremely high standard when you consider, per above, most retail mobile websites mobile take more than four seconds to load.

It might also seem unfair given the number of factors that website operators do not have control over, such as the user’s network speed. Nevertheless, Google offers a PageSpeed Insight tool to measure a website’s performance and provide tips on improving poor scoring areas.

The illustration below is an analysis from that Google PageSpeed tool of a website that scored poorly. It provides both recommended and suggested fixes that would help speed up the site. 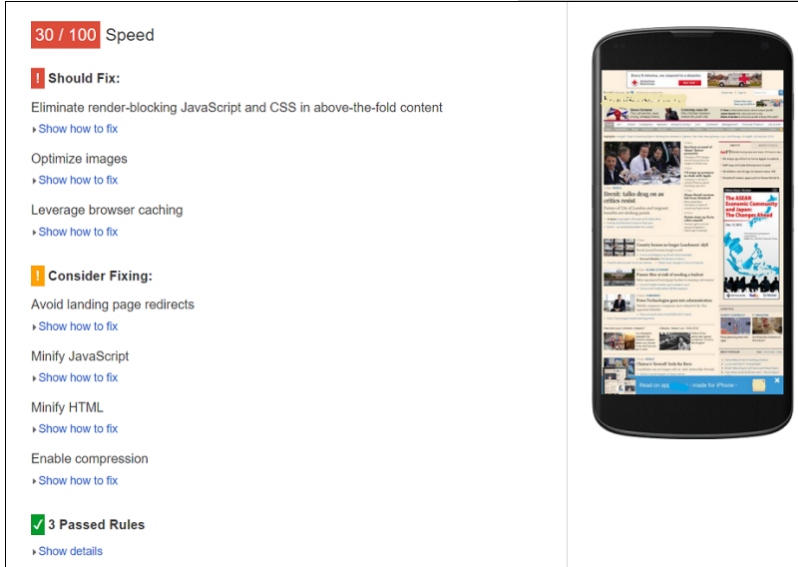 Google is competing to keep users on the mobile web when they are increasingly spending time on apps. Platforms like Facebook and Snapchat are developing more ways to consume content within their apps and are providing a slick user experience to take user time away from the web, where Google dominates.

Facebook isn’t even trying to be discreet about its goal for Instant Articles, a format developed for publishers last year to speed up content delivery. It states, “We built Instant Articles to solve a specific problem — slow loading times on the mobile web created a problematic experience for people reading news on their phones.”

Google quickly fought back by announcing Accelerated Mobile Pages (AMP), a new open-source framework that renders web pages to load almost instantly by making pages lighter-weight in data and by having Google cache the pages on their server.

Google also is beating Facebook to the punch by announcing the official launch date for AMP as February 24, 2016, ahead of Facebook’s April 12 release of Instant Articles to all publishers.

It is clear that the AMP articles loaded much more quickly and smoothly, usually in just a second or two, even with video. The regular mobile web pages took much longer, and I experienced quite a bit more jerkiness waiting for images or video to load. The user experience is night and day, as you can see for yourself.

5. Local Businesses Must Adapt, Too

Much of the initial push for almost instant page loads such as AMP are being tested by the large publishers. It’s easy to foresee, however, that the formats offered by Google and Facebook will quickly be adopted by national brands and become the consumer standard.

Unfortunately, once consumers experience the speed of these new formats, it will be tough for them to look back. Consumers will soon expect all their online mobile experiences to match that. Failing to keep up will result in losing customers who grow increasingly impatient.

According to a 2013 Harris Interactive survey, when faced with a negative mobile shopping experience, 33 percent of shoppers head to a competitor’s site, and 30 percent will never return to the offending website.

That negative shopping experience is a moving target, though, and consumer expectations change relative to what they become accustomed to. Soon, having a mobile website won’t be enough — local businesses will need to adapt their mobile websites to load as quickly as those of national brands.

Contrary to public perception of the advances in technology, many online mobile experiences are actually getting slower.

According to Radware’s Mobile eCommerce annual reports, the median time to load increased from 4.33 seconds in 2013, to 4.8 seconds in 2014, to 5.5 seconds in 2015. The reason for that decline in speed is that today’s average web page contains much more data than before, as graphics, video and more complex functions crowd sites.

Radware found that the median page increased by almost 70 percent in both size and page complexity between 2014 and 2015. The extra data makes improving load speeds a technical challenge.

Even today’s recommended format, responsive design, can struggle with page load times. While the format does adjust for better viewability on mobile screens, behind-the-screen adjustments might slow down the user experience sufficient to affect bounce rate.

Nevertheless, with some sound website planning and savvy web tech expertise, there are many ways to ensure your mobile website is not cluttered with speed-killing weight and inefficient functions. Here are some tips to help you explore ways to speed up your mobile website.

 The weight or size of your web page is a key factor in affecting load times. Minimize the number and size of files that must be downloaded when your page is loaded.

 Images and video are heavy. Use compression tools and other size-reducing utilities to lighten the amount of data that must be loaded.

 Avoid heavy formats for your page. Flash is already strongly discouraged for most mobile applications, but Google’s AMP also controls third-party Javascript so that it doesn’t interrupt page load.

 Optimize your font for page load. Some fonts can be surprisingly large, and being smart about your selection and strategy for how they are used can improve speed.

 Optimize the timing of when certain items on your page load. For example, content below the fold that isn’t viewable until the user scrolls down the screen can be delayed to load after content above the fold. Also, preloading can be timed so that content is loaded during inactive breaks before the user gets there.

These are just a few of the ways Google recommends to improve web page performance and that it utilizes in AMP to speed up the mobile web experience. Much of the “how” is rather technical, and you should consult with your web developer to execute your strategy to speed up your site. He or she will likely have additional solutions to suggest.

But understanding the issues is half the battle. Ideally, you can continue to make sure customers have a great user experience on your site that will reward you with more business. Outpacing your competitors is one sure way to stay ahead.