JINHAN FAIR MARKET GLANCE：Amazon to create 2,500 jobs in the UK this year

The new positions will expand the shopping giant's fulfilment centres across the country, as well as its R&D facilites, customer services department and head office. It will bring the company's total number of employees in the UK to more than 14,500 by the end of 2016.

The online retailer is also opening a new head office in London's Shoreditch, with space for 5,000 workers, as well as a web services UK data centre. Both will both open in 2017.

The news comes as Amazon prepares to beef up its household goods and groceries service, Pantry, in direct competition to the UK's established supermarkets. It also recently announced it would allow customers to pay in installments, as it steps up its attack on the high street. 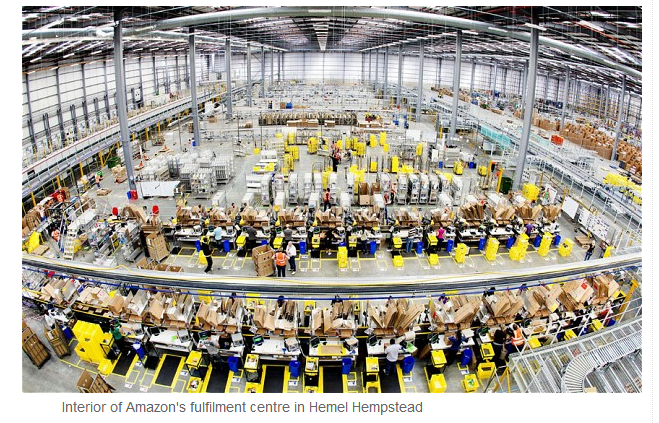 In the past year, Amazon has created 10,000 jobs across Europe, which it says is the highest number of jobs it has ever created in a single year in the region.

The company claims that it has invested more than €15bn (£11bn) since 2010 on infrastructure to support its operations in Europe.

Business Secretary Sajid Javid said: “Amazon’s continued investment in the UK is very welcome news and further demonstration that the UK is a great destination for innovative industries to invest and do business.

"These new permanent jobs will build on the UK’s record levels of employment and give added security to working people across the country – from app developers in Edinburgh to fashion photographers in London.”

Christopher North, managing director of Amazon's British website, said: “Britain has a world-class tech sector with a reputation for innovation and excellence.

"These new jobs we are creating up and down the country are testament to the quality of the workforce in the UK and our confidence in its economy, which we are proud to support through our continued investments.”

Amazon this week topped the list of best companies for customer service in the UK, according to the Institute of Customer Service.