CREATIVE FIX: HOW TO MIX PATTERNS 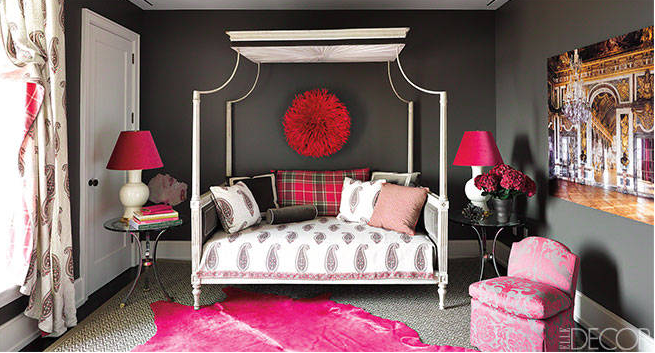 In ELLE DECOR's Designer Visions Showhouse, Alessandra Branca lined the paisley curtains of the daughter's room with an oversize tartan, both from her Schumacher line. "That's about playing the graphic against the organic," she says, "and mixing cultures, the Indian and the European." 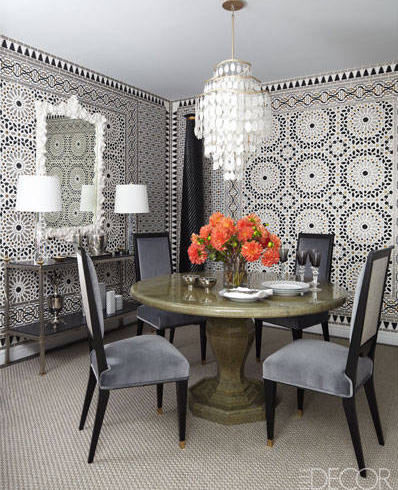 In a Showhouse designed by Matthew Patrick Smyth, the designer chose two papers by Hermès. One has a fernlike pattern; the second is a geometric herringbone. The herringbone pattern is small and subtle and doesn’t fight the more visually commanding botanical on the other walls. 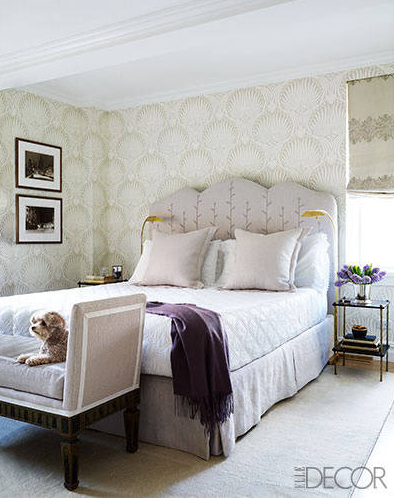 Caroline Cummings Rafferty managed the palette of her master bedroom by keeping her patterns in the same scale. She visually united the Farrow & Ball wallpaper and the fabric on the Roman shade by adding custom embroidery to the headboard she designed.