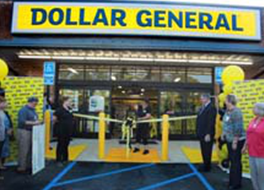 The company said in a statement that it anticipates 730 new stores in 2015 and plans to remodel or relocate another 875 stores. It also said it has the most locations of any retailer in America.

The new store was opened with a community celebration hosted by Dollar General, part of which was the presentation of a $12,000 donation to schools in Monroe County, where Juliette is located, by the Dollar General Literacy Foundation.

Rick Dreiling, Dollar General’s chairman and CEO, said, “It is exciting to open our 12,000th store and move into new communities where we can serve customers with everyday low prices, convenience and great service.”