Kingfisher will divest its controlling stake in the unprofitable Chinese unit B&Q China to Wumei Holdings in a £140m ($219m) cash deal. 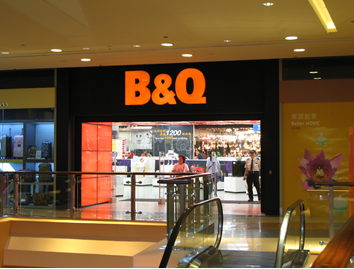 Kingfisher which has 39 stores and employs more than 3,000 staff in China had been looking for a strategic partner for close to nine months to offload its 70% stake in the business to develop its B&Q business in the country.

Kingfisher group chief executive Veronique Laury said: "This will enable us to focus our financial resources and management talent on the large and attractive European home improvement market."

The transaction, which is subject to approval by the Chinese Ministry of Commerce, is expected to be completed in the first half of 2015.

Based in Beijing, Wumei Holdings operates about 650 supermarkets and 10 department stores in China.

Kingfisher is one among several retailers like Best Buy and Home Depot which have quit the Chinese Mainland market.

The British home improvement retailer entered Chinese market in 1999 and expanded its footprint with a fast pace to cash in on the country's housing boom. But the DIY concept, which is very popular in America and European countries, didn't click in China where the labour is cheap.

As reported in Financial times, Kingfisher reported losses of £4m in the country in the 13 weeks to 1 November 2014.