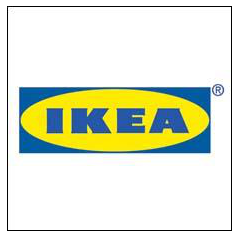 Internationally, Ikea Group’s net income totaled €3.3 billion, or about $4 billion, which was flat with last year. Total sales reached €28.7 billion (about $34.4 billion), up 5.9 percent. A statement from Ikea Group said the retailer gained market share in almost all of its markets and entered a new country, Croatia.

In the United States, total sales increased by 5.4 percent, including e-commerce. The United States was among Ikea’s biggest markets in the last fiscal year, along with Germany, France, Russia and the United Kingdom. “I am happy to see increased growth in all our sales channels—in existing stores, in the opening of new stores and in e-commerce,” said Peter Agnefjäll, president and CEO.

There were 39 U.S. stores at the end of the last fiscal year. Since the beginning of the new fiscal year, stores have opened in Miami and Merriam, Kan. New stores scheduled for upcoming openings include St. Louis in the fall of 2015, Las Vegas in the summer of 2016 and Memphis, Tenn., in fall 2016.