This journey all along has been magnificent with your participation.

Initiated in 2000, the Jinhan Fair for Home & Gifts will see its 30th edition staged in October this year.

Excellence in the Past 15 Years: Historical Heritage and Global Focus

In the home gifts industry, there is a law for the industrial chain of international trade – “Spring and autumn are for Guangzhou”. Spring is the peak season for global purchase of home decorations and household goods, while autumn is the best season for buyers to place orders for Christmas supplies and holiday gifts for the next year.

Over the past 15 years, every April and October at the Jinhan Fair in Guangzhou, professional buyers from all over the world and leading Chinese manufacturers all gathered here as expected. It is like a routine for everyone in the business.

Numerous products have reached out to the world from the Jinhan Fair. In the supermarkets, department stores, and chain stores of nearly 200 countries all over the world, most of the home decorations, gifts, gardening supplies, and holiday supplies that you see can be traced back to the orders made at the Jinhan Fair along the global chain of retailers → traders → importers → manufacturers.

Since the first edition, the size of the Jinhan Fair has been growing at an average annual rate of nearly 20% from 6,800 square meters to 83,000 square meters. It has gathered the top manufacturers all over China and attracted numerous quality buyers from nearly 200 countries and regions on the five continents. 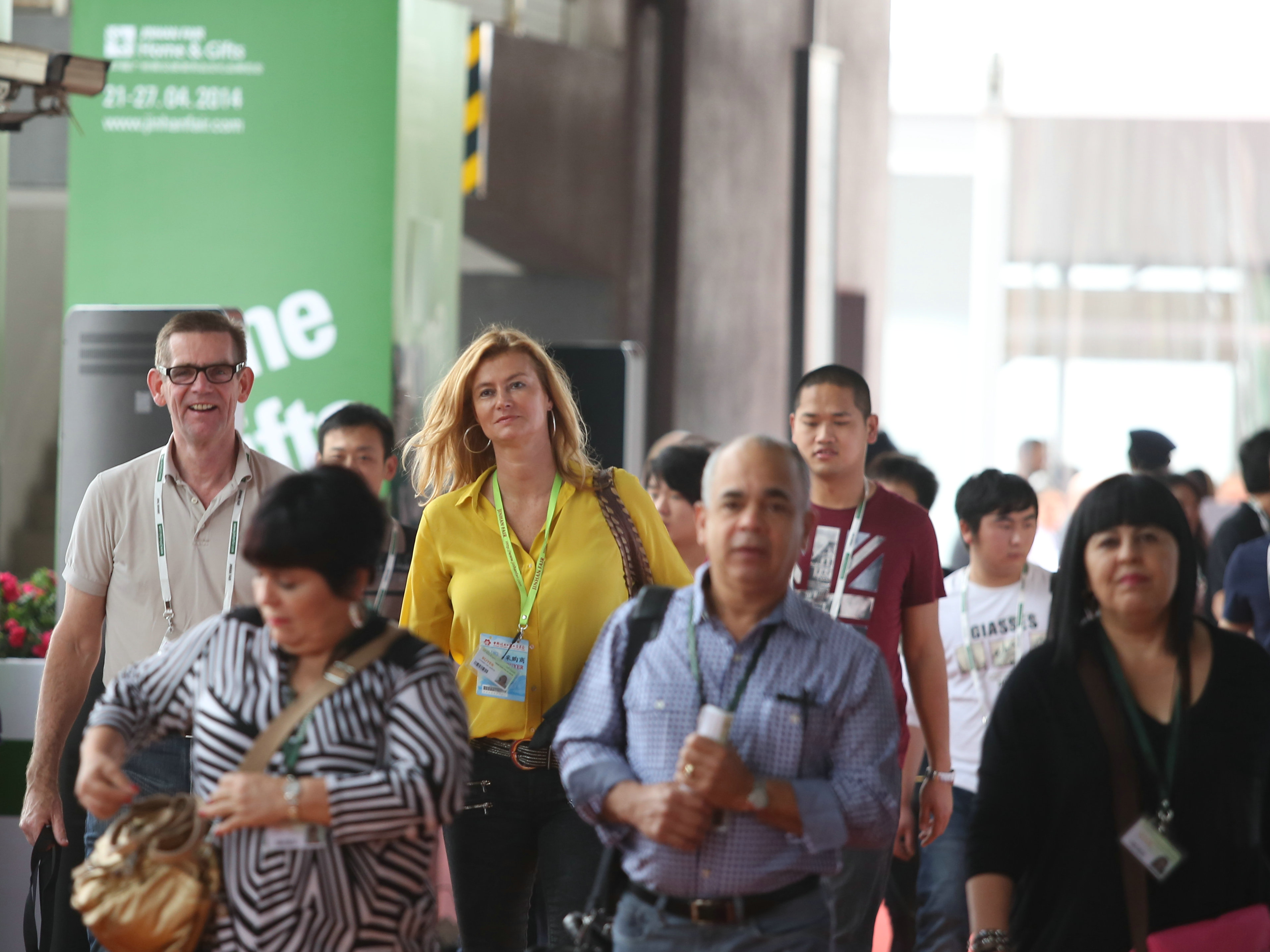 April 2011: 71,000 square meters and 569 exhibitors. The Fair attracted 34,529 overseas buyers and reached a new height in size with the debut of the new Lobby section.

Excellence in the Past 15 Years: Epitome of China’s Foreign Trade

In 2013, China’s total exports exceeded 2.2 trillion US dollars, making the country the world’s largest exporter. Over the years since the launch of the reform and opening-up policy in 1978, China’s foreign trade has grown more than 205 times. In Guangdong Province alone, export has maintained a growth rate of more than 20% for many years since 2000.

The Jinhan Fair was initiated at an opportune time in 2001 when China became a member of the WTO. Over the past 15 years, the Fair has been following changes in the industry closely, and provided an engine and the most effective platform for the development of China’s foreign trade in home gifts with its accurate market positioning and capacity to integrate resources efficiently.

Looking back at the 15 years of development, many exhibitors starting from scratch have grown together with the Jinhan Fair to be competitive large enterprises with considerable influence and international reputation. For example, the Minhou Minxing Arts and Crafts Co., Ltd. from Fujian Province was originally an obscure crafts workshop but its exports in 2004 amount to 83 million US dollars, making it the largest handicrafts enterprise in China.

Excellence in the Past 15 Years: Ready to Prosper with Science and Technology

“Cloud Computing”, “Internet of Things”, “Big Data”, and “O2O” are among the most popular terms in recent years. With the development of network technology and popularization of smart phones, technology upgrading and marketing changes have been prevalent in the convention and exhibition industry. The Jinhan Fair has kept up with the times and seeks to prosper with science and technology.

The Jinhan Fair’s strong brand influence comes with the effective management of its database over the years. Besides the traditional mail and telephone invitation, the Fair has led the Chinese exhibition sector in conducting “big data marketing” overseas. It has used over 200,000 pieces of data effectively via global EDM marketing, brought overseas target buyers towards exhibitors, and increased the return on investment for exhibitors.

In addition, the Jinhan Fair online matches sourcing needs and provides exhibitors and buyers with a range of online services and solutions for paperless participation through constant revision and process optimization; it also applies the mobile Internet to send first-hand industry information to target exhibitors on a real-time basis via public platforms such as WeChat, so as to improve the experience of both exhibitors and visitors.

The Jinhan Fair keeps in step with the change of times. In the future, the Fair will use more means of the mobile Internet to provide services for exhibitors and overseas professional buyers. The Fair offline will extend towards B2B and O2O platforms, and grow into a business-driven and data-centered smart exhibition staged both on-line and off-line.

Excellence in the Past 15 Years: Great Platform and Eternal Service Innovation

Over the years, the Jinhan Fair has introduced continued innovations to its services, improved exhibition functions, and provided buyers and exhibitors with more value-added services to enhance their exhibition efficiency and satisfaction.

China’s foreign trade in home gifts has been growing for 20 consecutive years. The single growth in volume will eventually turn into quality upgrade centering on design and brand. The Jinhan Fair aims at promoting the development and reform of the industry, respects intellectual property rights, and encourages exhibitors to go for original design and crafts. Collaborating with the Intellectual Property Office of Haizhu District of Guangzhou, the Fair prioritizes the quality of exhibits and selects exhibitors with strict criteria and demanding requirements.

The Fair has also held a variety of lectures for many consecutive years to promote the progress of the industry. The “Elites’ Lecture” focuses on hot spot issues of the industry and helps businesses grow. It has already been held for five years. Each year, top experts in brand management and foreign trade are invited to answer questions raised by enterprises. For each fair, world-leading elites in the industry are also invited to hold seminars, so as to promote innovation and communication in the industry.

Starting as a simple transaction platform, the Jinhan Fair has developed into a one-stop platform for the procurement of home supplies and gifts, with complete functions and enormous added value. It is able to meet all the needs of exhibitors and buyers. 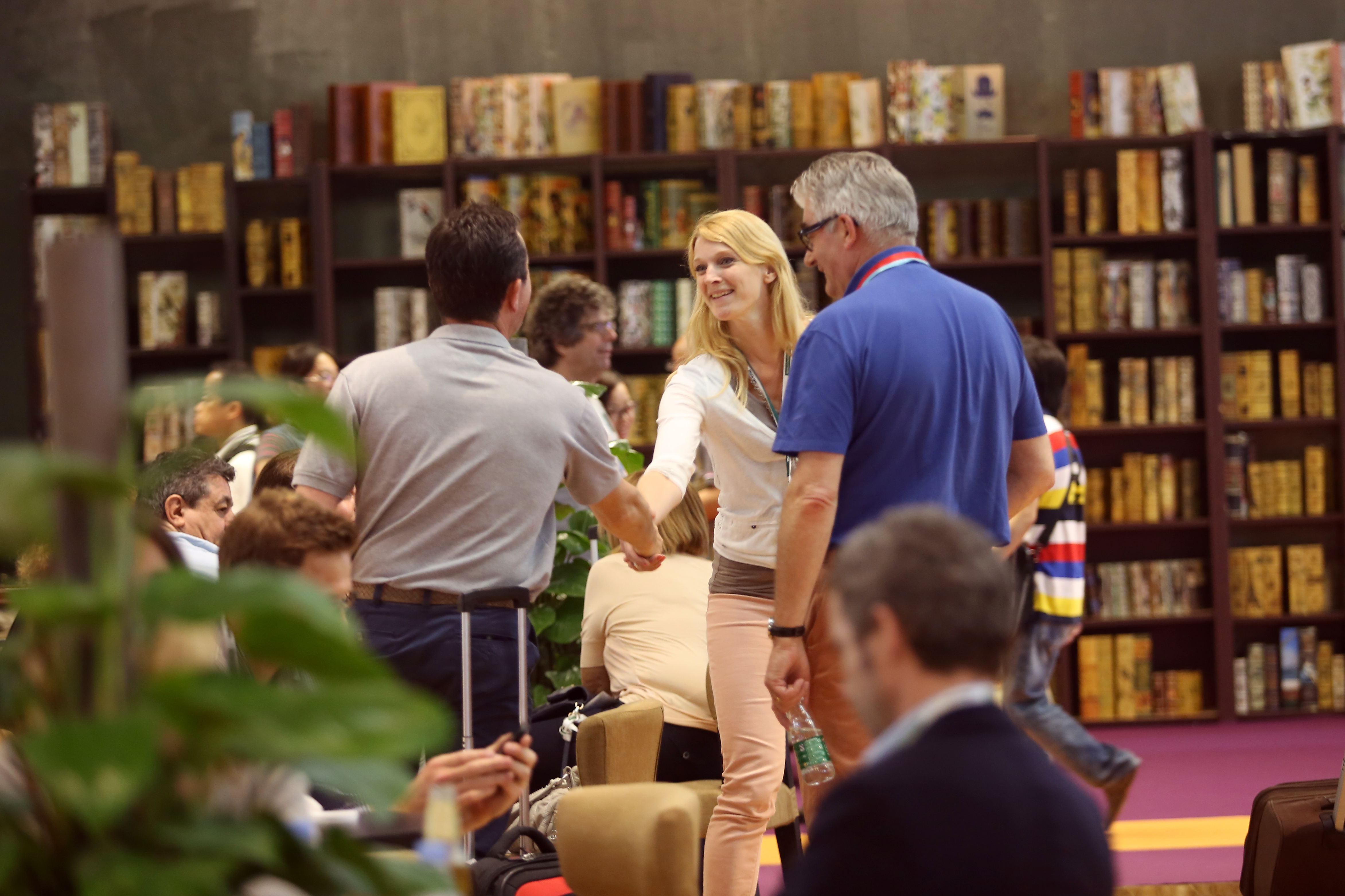 For 15 years, through joys and tears, we are lucky to have you.

In this golden October at the 30thJinhan Fair, let us take over from the past and set a new course for the future, to accomplish the glory and dream of China’s foreign trade in home furnishing in the next 15 years!