Dollar Tree to acquire Family Dollar Stores for $9B 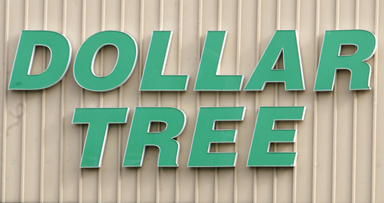 Stockholders of Family Dollar Stores will receive $59.60 in cash and the equivalent of $14.90 in shares of Dollar Tree for each share they own. The companies put the value of the transaction at $74.50 per share, which is an approximately 23 percent premium to Family Dollar's Friday closing price of $60.66.

The companies put the enterprise value of the deal, including debt and other costs, at more than $9 billion.

Family Dollar stockholders will own somewhere between 12.7 percent and 15.1 percent of Dollar Tree's outstanding common shares at closing. Shares spiked more than 24 percent and were headed for an all-time high before the opening bell Monday.

Core customers for bargain stores and major retailers like Wal-Mart have been among the hardest hit by the recession and its aftermath because of job instability. 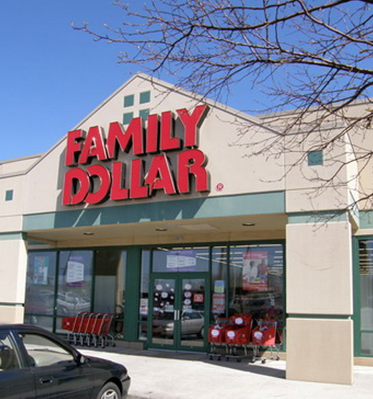 Family Dollar has struggled and has attempted to reinvigorate sales by lowering prices on almost 1,000 basic items. It's cut some jobs and shuttered underperforming stores.

The company had been conducting a strategic review since the winter, and investor Carl Icahn urged Family Dollar last month to put itself up for sale. Icahn has built up a stake in the company of more than 9 percent, according to regulatory filings.

Dollar Tree CEO Bob Sasser said Monday that the deal will give Dollar Tree more than 13,000 stores in the U.S. and Canada. That is nearly three times as many stores as Wal-Mart Stores Inc., though Wal-Mart's square footage is still greater.

The companies did not say if any Dollar Tree or Family Dollar stores would be closed.

The combined Dollar Tree-Family Dollar chain will have sales of more than $18 billion and Sasser says that the transaction will create a more diverse company with an enhanced geographic reach.

Dollar Tree stores sell products for $1 or less, while Family Dollar's pricing is much broader.

Dollar Tree will continue to operate under the existing Dollar Tree, Deals, and Dollar Tree Canada store signs. It will keep the Family Dollar brand as well.

Family Dollar Chairman and CEO Howard Levine will still lead those stores and report to Sasser. He will join Dollar Tree's board.

The boards of both companies have unanimously approved the deal, which is expected to close by early next year. It still needs approval from Family Dollar shareholders.