Howard Lester Made Williams-Sonoma A Powerhouse 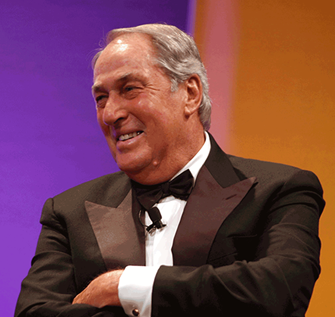 W. Howard Lester had reached the height of business success, having started and sold profitable firms.

Newly retired at 34, he was young and wealthy enough to spend his days enjoying his newfound love, golfing daily with friends and business acquaintances.

Yet it wasn't long before Lester tired of retirement and the links.

He was looking for something "to make me excited about getting out of the bed in the morning," he said.

Lester (1935-2010) found a reason to rise and shine in a small business with a big idea: a French cookware store in Sonoma, Calif., near San Francisco.

In 1978, Lester and a partner purchased the outlet, Williams-Sonoma (NYSE:WSM) — named for its founder, Chuck Williams — but neither knew what to do with it.

On Top Of It

The business, which had been running since 1956, was shaky, with $4 million in annual revenue and $700,000 in debt. Lester's partner moved on, and Lester spent weeks checking out his new property and talking to every employee.

•Lesson: Belief in the value of the customer "because without them nothing else matters."

•"Without vision, it is very difficult, if not impossible, to provide leadership to a company of any size. Dreams are important. Never stop having them."

He knew about systems and inventory but not about selling kitchenware. His only retail experience was as a shopper.

To make up for his gap in knowledge, Lester joined Williams, who was still with the firm as chairman, on buying trips to Europe and traveled America visiting kitchen stores that he found were run more like a hobby than a business.

The education paid off.

Lester built Williams-Sonoma into a multibillion-dollar mail-order and retail empire that set a standard for customer service and helped fuel a revolution in American cooking and entertaining.

Lester often conceded that he was not an expert in the kitchen, just a "weekend cook," but his skill as a businessman and "frustrated consumer" helped guide the firm toward booming growth.

Raised, as he often noted, "on the wrong side of the tracks" in Oklahoma, Lester found the fast track by constantly experimenting with business concepts.

His career began with selling typewriters and other office equipment for IBM (NYSE:IBM) in 1958.

In the next two decades, he launched several companies, including Coley/Lester Employment Agency and computer-service and software businesses.

One of those high-tech firms was Centurex, which became a leading supplier of software systems to the banking industry.

After selling the company in 1976, Lester seemed to retire.

Yet in two years, he was introduced to Williams, owner and founder of the small, French-inspired kitchen store with four retail locations. All of it was for sale.