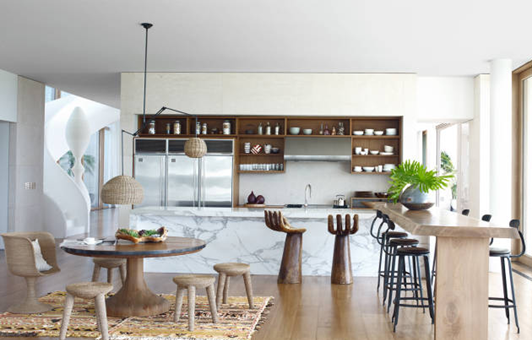 The kitchen of Kelly Behun's home in Southampton, New York

Kelly Behun embraces the unexpected. Whether it's a long living room plinth supporting multiple seating elements and sculptural objects, walls punctuated with edgy works of art, or her own Neo Laminati collection of furniture made from boldly patterned laminates, she's adept at pushing the envelope without going over the edge. "I like to mix it up and be a bit more experimental," says the New York–based designer, who got her start working for hotelier Ian Schrager's in-house design studio, where she collaborated with Philippe Starck. Maintaining a small studio that takes on only a few projects at a time, she is currently at work on a select range of international residences, from London to the Bahamas. kellybehun.com. 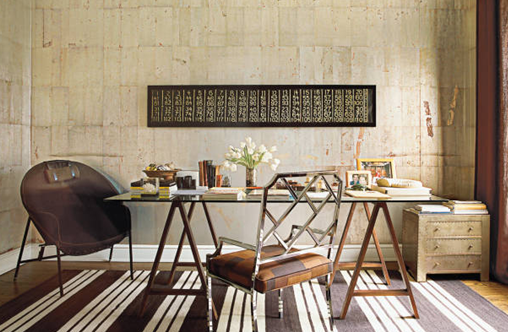 More than anyone, Nate Berkus is the public face of contemporary American design. A TV personality who designs products for Target, he's also an accomplished and sophisticated interior decorator. "I long ago decided that homes should tell the story of who we are, and the way they do that is through our things," says Berkus, a populist with patrician taste. His own predilections tend toward neutral palettes; natural materials like leather, linen, and wicker; and objects made by hand. "I love putting a Mexican glazed pot on a woven textile from Southeast Asia next to a hand-carved 19th-century chair and a stainless steel table from the '70s," he says. "That is a modern environment." nateberkus.com. 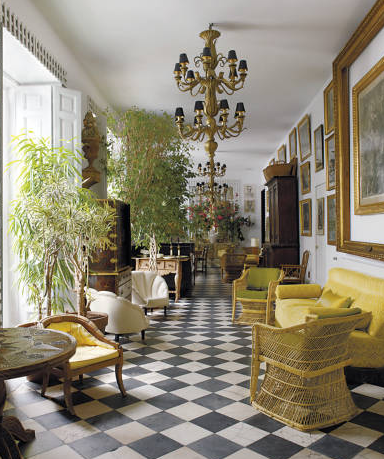 Before establishing his platinum reputation as an interior designer, Lorenzo Castillo was known as one of Spain's preeminent antiques dealers, and he freely acknowledges his debt to the past. "I call my style a modern-classical hybrid," says the Madrid native, who is trained in both decorative arts and art history. "It is an interpretation of the past for our times." Castillo's bold juxtapositions of old and new bring a masculine robustness to his interiors, which draw inspiration from architecture, cinema, and the ethos of Madrid. In addition to numerous inter iors, this master of curatorial composition is busy designing his own furniture line as well as fabrics for Gastón y Daniela and carpets for the Rug Company.lorenzocastillo.org. 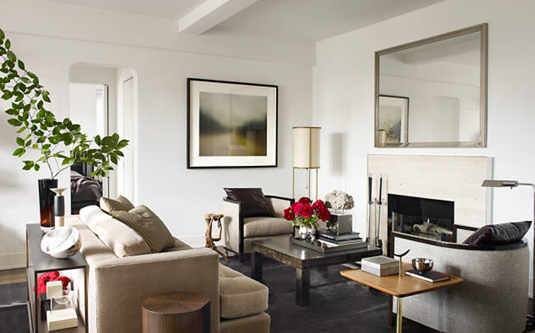 New York architect S. Russell Groves creates warm, inviting interiors that feel at once pared down and glamorous. "I never understood the separation between an architect and a decorator," says Groves, who worked for Richard Meier, Kohn Pedersen Fox, and Peter Marino before founding his own firm in 2001. "I'm more from the Frank Lloyd Wright school, where you design the house, the table, and even your wife's dress if you have the chance." That holistic approach has attracted high-profile residential and commercial clients—his current projects range from a house for Michael Kors on Water Island, New York, to a new Manhattan salon for Frédéric Fekkai. srussellgroves.com. 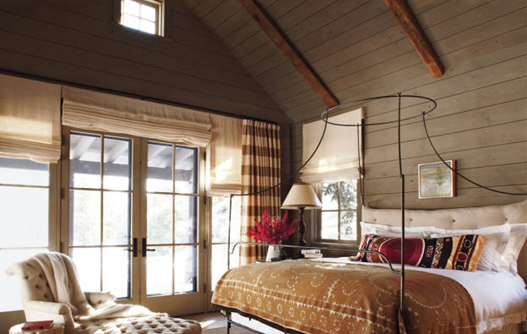 A guest room at the Turner family's Ketchum, Idaho retreat

A sophisticated sense of style runs in the family at M. Elle Design, a Santa Monica–based firm headed by sisters Marie Turner Carson and Emily Turner, who founded the company with their interior designer mother, Mary Lynn Turner. Creating fresh, breezy residences layered with muted grays, blues, and off-whites, the Turners celebrate natural materials such as weathered wood, stone, and linen while putting a strong emphasis on comfort and livability. "Our work often has a subtle look and a calming palette," says Turner Carson. "But it also has a lot of interest when you look deeper, with textural changes and patinas. The rooms we design only really reveal themselves when you experience them." melledesign.com. 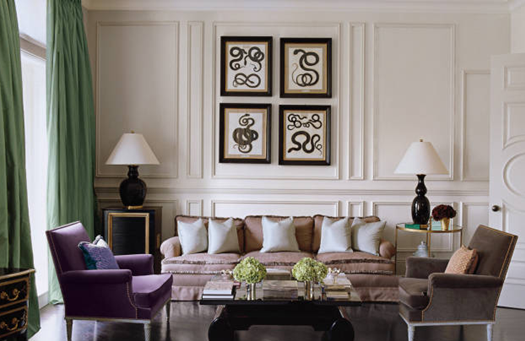 For a designer in London, the pedigree doesn't get much more aristocratic than the years Paolo Moschino spent working beside Nicky Haslam. Now helming the Nicholas Haslam Ltd. bespoke furniture, fabrics, and accessories showroom, Moschino has evolved a chicly eclectic decorating style perfectly suited to the savvier salons of Belgravia. A modernist working in the stately English tradition, Moschino, now partnered with Philip Vergeylen, is drawn to fabrics, patterns, and neoclassical architecture. "After all," he says, "I am Italian." Expect to be surprised by his color-rich, contemporary take on the big mix. "Why come to me if you want white and beige?" he asks rhetorically. "You can do that yourself."