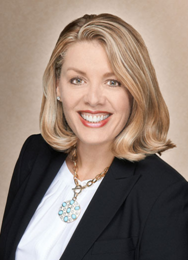 Broader has been promoted to executive vp, president and ceo of Walmart EMEA, giving her oversight of retail developments in Europe, the Middle East, and sub-Saharan Africa.

She will continue to lead the division in Canada until a successor has been named. She reports directly to David Cheesewright , president and ceo, Walmart International.

Broader joined Walmart Canada as chief merchandising officer in December 2010 and was promoted to president and ceo in September 2011 . Her more than 20 years of in the North American retail industry has key posts at Michael's and Hannaford Bros .

"Shelley has been a strong leader since joining Walmart Canada and is the ideal person to leverage the tremendous potential the EMEA region holds for our company," said Mr. Cheesewright. "Shelley's leadership of our business in Canada during a time of increased competition underscores her knowledge of the retail environment which will serve her well in her new role."

Walmart employs more than 285,000 associates and operates more than 1,345 retail units in Canada , Sub-Saharan Africa and the United Kingdom .