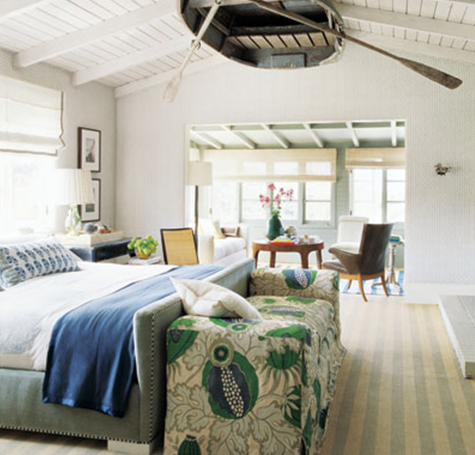 In the master bedroom of the Santa Monica Canyon home of designers Jeffrey Alan Marks andRoss Cassidy, a vintage rowboat hangs upside down from the ceiling. Walls are upholstered in aLes Indiennes cotton, and a bench designed by Marks is covered in a printed linen fromChristopher Farr. 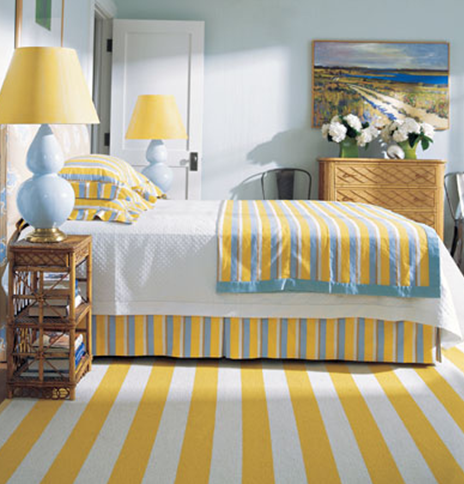 For her family's house in Darien, Connecticut, textile designerSusan Harris decorated a guest room with a vintage French rattan bureau, a Swedish wool rug, and ceramic lamps. The cotton-linen fabrics for the headboard, bedcover, bed skirt, and pillow shams are by Harris's firm, SeaCloth. 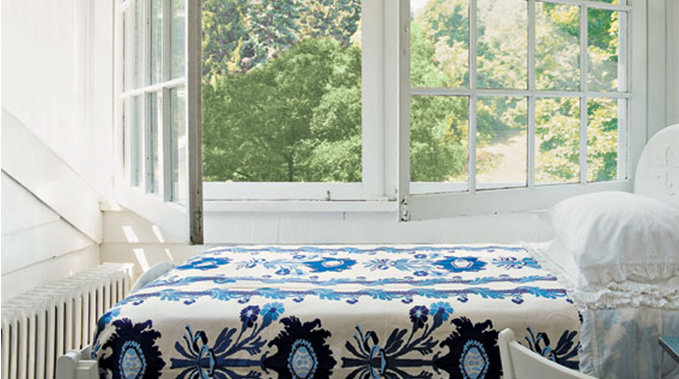 Veranda editor in chief Dara Caponigro and her husband, David Steinberger, used a bold print to enliven an otherwise all-white sleeping alcove at their lakeside home in New York's Hudson Valley. The wood-frame bed is dressed in a floral linen-cotton coverlet by Brunschwig& Fils. 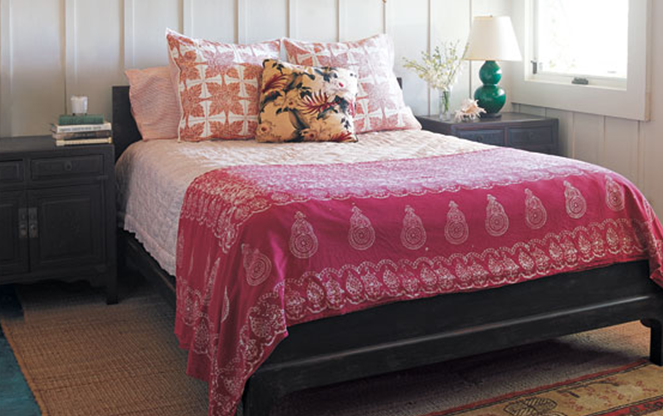 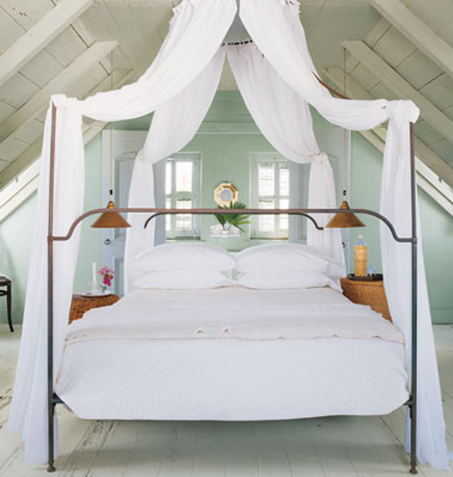 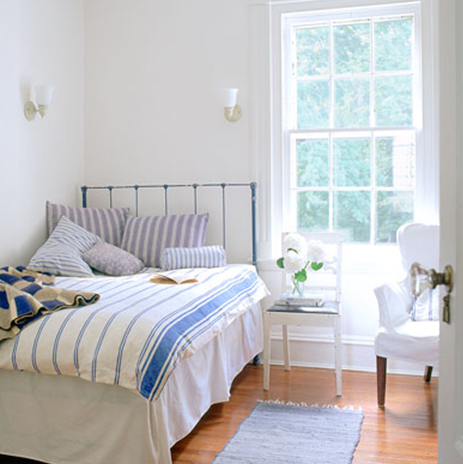 Martina Arfwidson of FACE Stockholm and her husband, David Weiss, chose a Swedish palette for the guest room of their Georgian Revival house in New York's Hudson Valley. The bed is covered with Hedström& Judd linens, and a side chair comes from Arfwidson's childhood home in Stockholm.