US homewares giant to open more stores in Australia 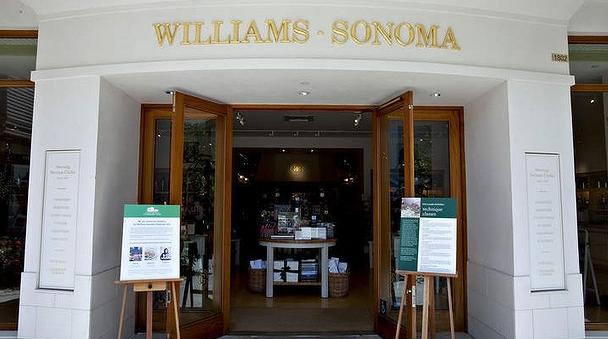 US homewares giant Williams-Sonoma, owner of Pottery Barn, Pottery Barn Kids and West Elm, has joined the foreign retail invasion to confirm it will open another eight stores in Australia over the next year as locals warm to its eclectic mix of high quality products for the home.

Its merchandise, often featured on TV queen Oprah Winfrey's highly anticipated annual ‘Favourite Things’ shows, has been flooding into Australia on the back of its very popular online site and will now be complemented by an accelerated roll out of its bricks and mortar stores.

Williams-Sonoma has announced it will open eight additional stores in Australia as part of its ambitious global expansion.

Williams-Sonoma, Pottery Barn, Pottery Barn Kids and West Elm will all open stores in Chatswood Chase, Sydney in August followed by a further four stores set to open in Chadstone Shopping Centre in Melbourne by early 2015.

The US retailer’s investment in Australia is part of the wider onslaught by overseas chains looking to muscle in on the $37 billion domestic fashion and department store market. It joins other retail brands washing up on our shores of late including Swedish department store H&M, which recently opened its maiden store in Melbourne, Japanese retailer Uniqlo and fast-fashion chains such as Zara and Topshop.

Australia has been a happy hunting ground for Williams-Sonoma even before it opened a single bricks and mortar store here, with its website attracting legions of loyal Australian fans.

It was not until last year that it opened its maiden store in Australia, in Sydney’s Bondi Junction, where all its four store brands were bunched together.

"We are excited to continue our global expansion in Australia," said Williams-Sonoma president and chief executive officer Laura Alber.

"When we opened our stores in Bondi Junction last year it was the first time we had showcased all four brands together side-by-side.

"We plan to replicate this when we open stores in Chatswood Chase and Chadstone Shopping Centre."

The store openings in Chadstone, slated for late 2014 or early next year, will be inter-connected, making it easier for our customers to shop and mix and match products to create a complete home, MsAlber said.

"We look forward to sharing our exceptional home furnishings along with unique in-store experiences and outstanding customer service with more Australian customers who want to decorate, entertain and live well."

Pottery Barn is probably the best known of Williams-Sonoma’s housewares brands, and is constantly featured on US television and got a huge cultural boost last decade from being featured in an episode of TV show Friends