Why Brazil Is Your Next Market

If you’re a business owner, the thought of expanding into one of the world’s largest economies likely conjures up images of an already saturated market, where domestic industries are aggressively territorial and foreign investors must navigate a maze of bureaucratic red tape. You’d be right about many of the globe’s economic powerhouses, but you’d be wrong about Brazil.

“[Brazil] is resource-rich, which makes it great for manufacturing. But it also has a large population with a vibrant middle class,” Gomez said. “It really satisfies both ends of the spectrum.”

According to AT Kearney’s Foreign Direct Investment Confidence Index, Brazil ranks third, just behind the U.S. and China. The Index ranks countries based on how factors like economic, political and regulatory changes will affect foreign direct investment.

With ready opportunities for manufacturing and a strong consumption market, Brazil’s appeal to international businesses is clear. 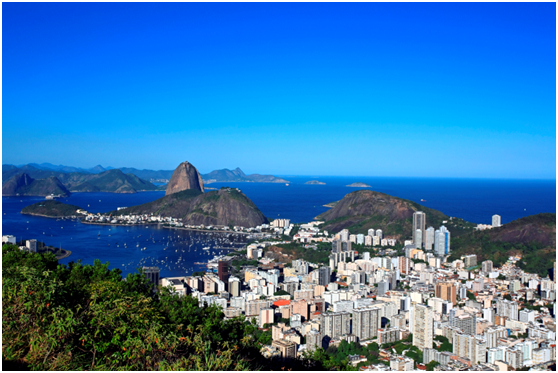 “Brazil also has a very stable government, and it’s moving to tackle  the challenges that come with a large population, including efforts to improve its infrastructure.”

The current government’s commitment to upgrading Brazil’s infrastructure is more than just a talking point. The government has already begun a $526 billion overhaul of critical infrastructure projects like housing, sewage systems and power plants.

The government recently approved another $21 billion to upgrade roads, ports, airports, and stadiums in preparation for the 2014 World Cup, and a further $7 billion is expected to be spent on similar upgrades prior to the 2016 Olympics in Rio de Janeiro.

Another factor that makes Brazil an attractive target for international investment is the relative ease of getting a business off the ground.

Gomez also noted Brazil’s high level of support for foreign investors. New businesses in Brazil encounter few obstacles when it comes to getting building permits and coping with local and national policies, he said.

Brazil may be an increasingly attractive market for international businesses, but some challenges remain. While ambitious, many of its infrastructure projects remind behind schedule, even as the 2014 World Cup deadline looms ever closer.

Gomez also noted that Brazil’s currency, the real, has depreciated relative to the dollar. Currently maintaining an exchange rate equal to about .43 U.S. dollars, the weakened Brazilian real makes shipping goods in the country from the U.S. costly.

However, one benefit to a weakened real is the low cost of manufacturing goods within Brazil, a benefit easily compounded by the presence of a growing middle class eager to purchase goods.

“There are clear incentives for establishing manufacturing facilities in Brazil. You can export your goods, as well as provide them to the local consumer market,” Gomez said.

There may be no time like the present for entering the Brazilian market, but Gomez advises a careful and measured approach. “When entering any new international market, one of the most important things for a business to do is to make sure a law firm, accounting firm and bank can offer you the expertise you need. Nothing can replace that.”

“You also have to realize that there are currency restrictions with the real and that there could  also be tax implications,” Gomez cautioned. “But these shouldn’t be considered barriers. Just be mindful, and get proper counseling.”

Expanding your business into Brazil may not be foolproof. But with significant incentives for foreign manufacturing investment, a large domestic market for consumption, and a stable government committed to improving utilities and infrastructure, Brazil offers U.S. businesses plenty of reasons to look to its shores.