Asia-Pacific consumer confidence up in Q4 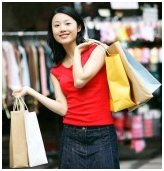 Consumer confidence in Asia-Pacific increased four points in the last quarter of 2013 compared to the same period in 2012, the only region in the world that gained during the period, according to new findings from Nielsen.

“In Japan, the boost in optimism follows positive developments during 2013, which include a weaker yen that contributed to the recovery of exports and a rise in the Nikkei stock average,” said Toshihiro Fukutoku, managing director, Nielsen Japan. “In anticipation of the April 2014 sales tax hike, Japanese consumers have been spending more, but caution prevails for the second half of the year.”

“Throughout 2013, consumers around the world remained in a virtual holding pattern as global unemployment showed few signs of progress during the year,” said Dr. VenkateshBala, chief economist at The Cambridge Group, a part of Nielsen. “Recovery continues to move very slowly and is hampered by cash-strapped consumers who grapple with having little discretionary income after paying essential expenses."

However, Dr. Bala said recovery in many key economies is on the right track. The US, Germany, Japan and 33 other countries, which includes China, the United Kingdom and France, each ended 2013 with higher consumer confidence scores than at the start the year.”

The Nielsen Global Survey of Consumer Confidence and Spending Intentions was conducted from 11 to 29 November 2013, and polled more than 30,000 online consumers in 60 countries throughout Asia-Pacific, Europe, Latin America, the Middle East, Africa and North America.