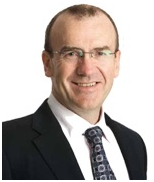 S ir Terry Leahy is passionate about the role data can play in transforming a business. During his 13 years at the helm of Tesco, he relied heavily on data to move it from what many considered an unremarkable food retailer to the second-largest retailer in the world when measured by profits.

Leahy is credited with creating Clubcard, Tesco’s loyalty program, introducing Tesco.com (now the biggest online food business in Britain) and Tesco Direct and expanding Tesco’s market share. During his tenure, the retailer grew from being half the size of its two biggest competitors to six times the size of either of them.

Now chairman of B&M Bargains, Leahy is sought after to discuss leadership, transparency, innovation and growth. Every topic, however, circles back to the use of data. “Allow data to show you valuable information,” he says. “Often, people look for information to confirm their beliefs, rather than seeing the truth through facts.”

You frequently speak about using customer data to transform business performance. What are your three top tips for winning with data?

The first is to dig deep into the data. Many companies think they have data on customers and operations, but it’s superficial. They need to really dig deep, and that involves new research methods and applying new techniques … to get real insight into what their customers are doing and what they think.

The second is that companies have to change their organization’s structure so that the data gets right to the heart of the decision-making — not just stuck in research departments, computer databases, call centers or in sales office reports. Third, companies must be sure to create products, services and innovation targeted to customers based on the findings of the data. 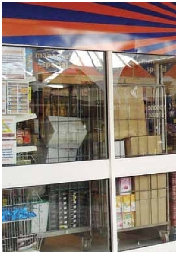 You started your Tesco career in the marketing department and were instrumental in developing the loyalty program there. What changes do you envision in the quest to be more relevant to consumers?

Loyalty programs are ready for reinvention. The first step is for companies to revisit how they actually use loyalty programs. Too often, the programs have just been vehicles for price discounts rather than a basis for relationship building with customers.

The second opportunity for reinvention is with digital technology. In the past, companies had data about customers, but old-fashioned ways of responding. Now, instant digital marketing responses are possible and information can be delivered to a mobile device in real time, targeted by location and by what customers are interested in.

In the United States we’re seeing more retail collaboration between the CMO and the CIO, with the CMO gaining influence. Is this the right direction, and if so why?

It is … in fact, it must happen. There’s a nexus now where the consumer meets digital technology, and both of those executives have to be right at the top of the retail organization leading the way.

What do you think the supermarket businesses in the United States and the U.K. can learn from each other?

I think that the U.S. supermarket industry can learn about private label from the U.K., and about fresh food distribution. The reason why the U.K. has been a bit ahead on that is that it’s a densely populated island so it’s been easier to build up very good … supply chains. In terms of private brands, with Marks & Spencer being strong in that area, all of its competition emulated their brand programs.

In terms of what the U.K. can learn from the U.S., I’d say how to come to terms with the rise of Wal-Mart. It was a near-death experience for many retailers and … forced big change throughout those organizations. Today you see some of them coming out of the other side now, with an improving performance and with growing confidence.

Despite strengths on both sides of the pond, Fresh & Easy did not go as planned. If you had that project to do over again, what would you do differently?

One of the things you just can’t change is the timing. We started the planning in 2005 and opened in December 2007 right at the [start] of the sub-prime housing crisis … . Also, we elected to grow quickly in the U.S. in order to build the brand and be significant.

Perhaps we could have gone in in a more measured way, but we made decisions based on learning at the time. Still, the business has been hugely popular with customers and I very much hope that our customers can continue to enjoy Fresh & Easy. 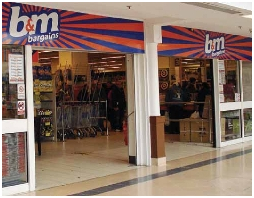 Tell me about what you’re doing now.

I’m the chairman of a discounter called B&M Bargains and a special advisor to Clayton Dubilier& Rice, which is a well-respected private equity firm in the U.K. and Europe. The private equity firm bought 60 percent of B&M Bargains; the other 40 percent remains in the hands of the … founders of the business. It’s a fast-growing business with the potential to widen its market presence outside of the U.K. The B&M brand could have significant appeal in overseas markets.

The global economy is offering some good news and that’s especially true in the U.K., where the retail industry is slowly emerging from a long, challenging recession. We’re also beginning to come to terms with the rise of e-commerce. Those twin challenges hit traditional retailers hard, but most are emerging stronger. Looking forward, you’ll hear more about retail success stories and less about businesses that are struggling with change.

You recently wrote a book about corporate leadership: Management in Ten Words. Can you share a few “words” that are most important?

The first and the last words get to the truth of any situation, which would take us back to where we began — with the importance of data as part of leadership. Leaders have to lead on data the way they lead on anything else.

If you were to join a smaller grocer today, what would you do to help build the company into a multi-billion dollar organization?

The same things I’ve done in the past. It’s about finding a way to see something in changing society, in changing consumer needs, and then being brave enough to respond before others do — with real energy and commitment and risk-taking in an effort to get ahead and stay ahead.