RIO DE JANEIRO, BRAZIL – One U.S. dollar soared to R$2.391 on the close of trading in São Paulo on Thursday, January 2nd, marking the biggest decrease in conversion of the currency in four months. Analysts attribute the decline can be attributed to the Brazilian government’s plan to reduce the amount of intervention the make in support of the national currency. 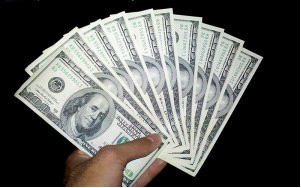 Thursday was the first time the Brazilian real has fallen to a level lower than R$2.4 to the dollar since August and the reaction is largely due to a withdrawal of billions of real’s worth of funding to prop up its struggling currency.

“The central bank’s intervention is now lighter and should have less of an impact on the market,” Marcelo Schmitt, the fixed-income director at Sulamerica Investimentos in São Paulo, told the international news agency Reuters.

The Brazilian government’s new initiative, announced on December 18th and deemed the “daily ration,” draws back its power to stop the dollar becoming stronger but can still affect currency fluctuations by limiting the amount of currency the government swaps and auctions off.

A spokesman for the Central Bank said that “the program will now offer a weekly R$1 billion instead of the R$3 billion of the previous week’s program, which included the line auctions. This means less impact to prevent high dollar.”

The dollar ended the trading session high of 1.44 percent on Thursday making meager reading for the Brazilian government who face a general election in the latter half of 2014, as well as Brazilian interests abroad. The tourism dollar, however, ended its trading at R$2.52 to the dollar, which makes happy reading for U.S. citizens looking to enter the country during Carnival at the end of February.