Local business owners hope to benefit from the strong dollar this holiday season.

RIO DE JANEIRO, BRAZIL – In the lead-in to the holiday season in Rio de Janeiro, local businesses are preparing for an influx of travelers both national and international. In 2012, Rio saw more than 600,000 travelers for Christmas and New Year’s, almost a third of which were international. 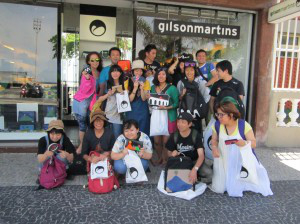 According to the figures released in a joint study by the Governo de Rio de Janeiro, the Secretaria de Estada de Turismo, TurisRio, and Observatorio de Turismo, the number of visitors increased twelve percent from 2011 to 2012. Those visitors spent an average of R$540 per day and totaled over R$245 million for the whole year. If these numbers continue to grow, local businesses could stand to reap the benefits.

Yet the lead-up to the holiday season has been a disappointment for many business owners in Rio. The overall slowdown of Brazil’s economy, as well as civil unrest and a bad reputation for being extremely expensive has taken a toll.

One expatriate hostel owner in Ipanema that preferred to remain anonymous told The Rio Times, “Since June the general guest situation has been quite weak, many people [booked already] for New Year’s Eve but to a much lesser extent Carnival. [...] Rio as a whole has been on a tourist high for many years, now we perhaps see a bit of a drop: main reasons perhaps being bad world economy and just a general flux thing.” 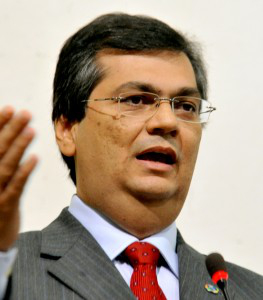 Another theory being voiced for lower sales and bookings for Carnival is that the 2014 World Cup is coming to Brazil in June, just three months later, and some speculate that international travelers may be postponing their trip to come then. The FIFA mega event is sure to boost tourism across the country, estimated to see 600,000 foreign and three million Brazilian travelers, and an estimated R$25 billion.

Still, local businesses are looking at December and January hoping to see a boost in year end sales. Marcelo Barros, manager of Gilson Martins, a marque Carioca brand with three stores in Zona Sul (South Zone) tells The Rio Times, “Usually getting closer to the holidays means business is getting better, and we expect an increase in our business of 8 to 10 percent.”

Another benefit local businesses will be able to take advantage of is the favorable exchange rate from U.S. dollar to the Brazilian real, making purchases less expensive for travelers. On Tuesday, December 2nd, the exchange rate was R$2.36 to US$1.00, which could be a contributing factor for increased business in Rio.

President of Embratur, Flávio Dino has said that even though the Confederations Cup and the hype surrounding the World Cup have been significant factors to the increase in tourism, he believes that the main reason for the increase is the dollar’s favorable exchange rate to the real.

Barros shared, “For us the dollar a little stronger is better, because we have more international travellers shopping more, and the [Brazilian] costumers travel inside the country [because it is more expense overseas], which is better for our economy.”

When Cristina Silveira, manager at Rio Bohemia Hostel in Lapa was asked about how business was trending in the lead-in to the holidays, she told The Rio Times, “We were fully booked last holiday, November 15th, the Proclamation of the Republic (Proclamação da República do Brasil). Brazilians are all coming to hostels now… and starting to discover that staying at a hostel could be a nice and cheap way to travel inside Brazil.”