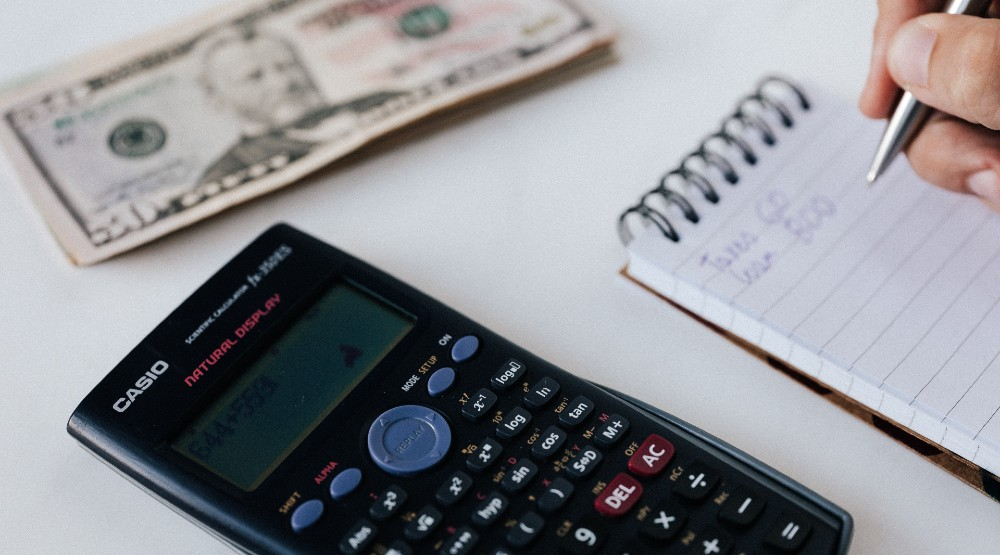 U.S. consumers have started to pull back on discretionary general merchandise purchases, but average selling prices continue at the pandemic’s elevated levels. Unit sales declined in excess of 8 percent for six consecutive weeks following the holiday shopping season when compared to a year ago, according to the NPD Group. Despite higher prices, these unit declines kept retail sales revenue performance marginal, at best. The one exception so far in 2022 has been the pre-Super Bowl and Valentine’s Day week, ending February 12, which saw a 1 percent unit sales decline and 7 percent revenue increase. The days of double-digit year-over-year retail revenue growth are becoming a more distant memory.

“The combination of higher prices, greater demand, lower supply, and fewer promotions over the past year are starting to take their toll on consumer purchasing,” said Marshal Cohen, chief retail industry advisor for NPD. “Year-over-year comparisons are no longer up against the period of economic stimulus spike that occurred in January 2021, and yet consumer purchasing is still down. The willingness to spend is still there, but the need for new product has waned.” 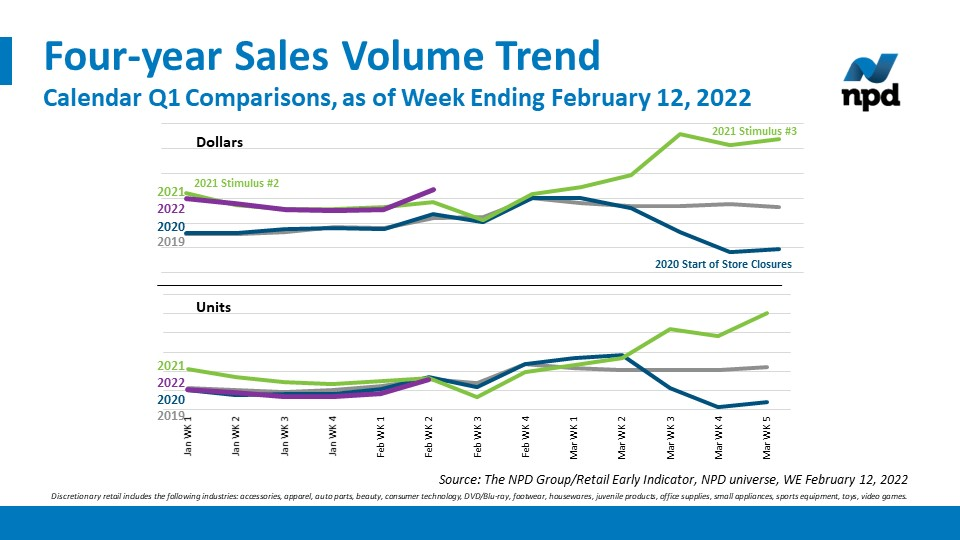 Consumer retail demand is now mirroring pre-pandemic years, while sales revenue continues on the pandemic’s elevated track. Even the price reductions traditionally seen in January, when compared to December, were not as low as in the previous two years, demonstrating the continuation of elevated pricing.

In a February survey, 89 percent of consumers told NPD they have noticed price increases when shopping during the last three months. Nearly half of those consumers said that, if increases continue, they will be prioritizing purchases and delaying less important ones in order to stick to a budget.

“Higher prices have offset the retail challenges in the early weeks of 2022, but change is on the horizon. The second pandemic anniversary is approaching, we are starting to view Omicron in the rear-view mirror, and both seasonal and supply shifts are coming,” Cohen said. “Retailing is on the precipice of even more uncertainty, and the path ahead will be determined by the consumer’s behavior and the relevance of a product through these changes.”