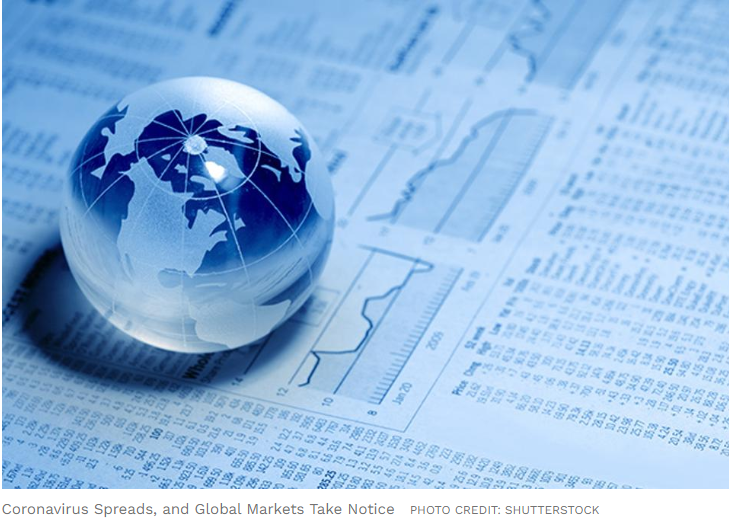 After what was already a fast start last week, the headlines about the coronavirus ravaging China exploded over the weekend. Reported cases were up from 895 on Friday to more than 2,700 as I write this. Deaths in China have spiked from 26 to 80, and the Chinese cities under quarantine have gone from 3 to 11. The number of reported cases in other countries, including the U.S., is also on the rise. The disease appears to be spreading rapidly, raising fears of a worldwide pandemic. And the markets have taken notice.

Both European and Japanese markets are down by about 2 percent, and U.S. markets opened down around 1.5 percent after pulling back on Friday. So far, the damage has been limited, but the possibility of further drops as the epidemic spreads is very real.

What is the risk?

The first thing we should do is place this epidemic into context. The numbers mentioned above look scary. But when understood in terms of what is already out there, they are much less so. Here in the U.S., for example, there are currently five cases and about 100 people under surveillance for the disease. The impact, while real, is still quite limited.

This limited impact becomes clear when we compare the coronavirus with SARS. SARS (severe acute respiratory syndrome) was a similar virus that broke out from China in 2003. Ultimately, there were about 8,400 cases, with a mortality rate of about 11 percent. So far, the mortality rate for the coronavirus is around 3 percent. Even if the new virus were to follow the path of SARS, based on what we know now, the global death toll would be much less. Here in the U.S., there were 27 cases and no deaths due to the SARS virus, and we could expect something similar for this one.

In fact, though, this outbreak is likely to be less damaging than SARS. First, the Chinese government was much more proactive in alerting the world and sharing data this time around, allowing for a much faster response. Second, we now have much better tools to analyze the disease, with the complete genome of the virus released on January 13, within two weeks of the initial announcement. Third, governments around the world have moved aggressively to contain the spread—and seem to be succeeding.

That may not seem to be the case, of course, with the number of cases expanding. The fact is, however, that the aggressive response and availability of the genome allow fast identification of cases, which is scarier in the short term but helps prevent further spread. The rising number of identified cases is a good thing, not a bad one, as it shows the authorities are moving to contain the problem quickly. Big picture? This is a less deadly virus than SARS, was identified more quickly, and is being contained right now.

Another way to put the new virus into context is to compare it with the common flu, which hospitalizes around 200,000 people per year here in the U.S., killing 35,000 of them. The incremental risk from the new virus, even if it gets worse, is still much less than that we already face.

What should investors do?

Which brings us to what we need to do as investors. In the long term, the economic and market damage is likely to be due to the lack of confidence generated by the headlines, if any, rather than any direct economic impact. In the short term, however, that damage could be material. Should we be reacting?

Today's market moves might seem to say “yes.” With global markets down, and the potential for the disease to get worse, you can make a reasonable argument for caution. If we look back at SARS, however, we see exactly the same sort of market pullback we now have, which was followed shortly thereafter by a continued rally. With the likelihood that the virus will be under control within a month or so, it seems premature to take any portfolio action.

What is the market saying?

The market itself is also saying not to worry too much. Despite the headlines—and, remember, it is not just the virus, but also the impeachment, the trade war, and many other things—and despite today’s pullback, the S&P 500 is still within 3 percent of its all-time high. The market is still saying things are fine. Given the reasonably solid economic data and positive prognosis for many of the risk factors, this reaction makes sense.

Yes, the coronavirus is one more thing to worry about and to keep an eye on. At the moment, however, it is no more than that. It's not time to panic just yet.