The 10 Retailers with the Best Reputation

A retailer's success is built on its reputation. Without a solid reputation retailers are unable to attract quality employees, business partners, investors, and most importantly loyal customers. 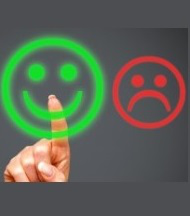 The Harris Poll's 17th annual Reputation Quotient (RQ) Summary Report reveals the corporate reputation ratings for the 100 most visible companies in the U.S., as perceived by the general public. With 25% of the list consisting of retailers, the industry is once again well represented.

Amazon was not only the top retailer named in the report, but also claimed the top spot overall, marking the eighth consecutive year the online retailer has ranked in the top 10. The top 10 companies for corporate reputation in 2016 were: Amazon, Apple, Google, USAA, The Walt Disney Company, Publix Super Markets, Samsung, Berkshire Hathaway, Johnson & Johnson, and Kellogg Company.

The RQ measures companies' reputation strength based on the perceptions of more than 23,000 Americans across 20 attributes classified into six corporate reputation dimensions: Social Responsibility, Emotional Appeal, Products and Services, Vision and Leadership, Financial Performance, and Workplace Environment. The reputations of the 100 most visible U.S. companies range from "excellent" (scores of 80+) to "very poor "(scores of 50 to 54). In this year's study, the top nine companies earned "excellent" scores and 35 companies received "very good" scores.

The entire report is available here. A quick look at the 10 highest ranking retailers in the ranking is below:

Amazon. The poster child of successful Internet retailing reclaimed the top positon in the ranking this year. The retailer also finished in second place among Opinion Elites, a sub-segment of the general public who are more informed, engaged and involved in current issues.

Apple. No surprise that the tech giant took the second place honors in the ranking, its customers are among the most loyal in any industry, with a cult-like devotion to its products and services. The retailer finished in first place among Opinion Elites.

Publix Super Markets. Shoppers are flocking to the grocer in droves. The chain set a new record with sales north of $32 billion. Profits were up 13% in 2015.

Costco. The membership-based big box retailer's perception as a pricing leader as well as its wide and ever changing product array has captured the hearts and wallets of shoppers. The retailer finished in sixth place among Opinion Elites.

Meijer. Founded as a supermarket chain in the 1930s, Meijer started the big-box, supercenter concept back in the 1960s. The chain has over 200 stores located in the Mid-west. Meijer finished in seventh place among Opinion Elites.

Lowe's. Lowe's continues to benefit from a strong housing market, reporting comp sales growth of 5.2% in Q4 2015. The home improvement retailer drove a 3.6% increase in comp transactions and a 1.6% increase in average ticket for the quarter.

Nike. The world's most recognizable fitness shoes and apparel retailer continues to not only increase sales, but push the innovation envelop as well. Nike's latest innovation, the Nike+ app, which will launch in June 2016, provides members easy access to Nike’s world of services, including the company’s footwear and apparel, customized recommendations, guided workouts, motivational music mixes and rare invitations.

Aldi. The grocer has experience a swell in popularity thanks to its discount pricing. The supermarket chain is attacking Walmart's position as the low price leader, with the grocer reportedly averaging 20% cheaper on many items compared to its big-box rival.

eBay. eBay is one of the pioneers of the marketplace retailing concept that is defining how goods change hands. The retailer continues to increase its reach, growing its active buyers by 5% year-over-year to 162 million in the final quarter of 2015.

Best Buy. While much of the electronics market has struggled in recent years Best Buy continues surge in popularity and profits. During fiscal 2016, the consumer electronics retailer grew domestic online revenue 13% to over $4 billion and continued to improve employee engagement scores and decreased employee turnover.