Sainsbury’s has been given until 18 March to consider whether it will return with a new bid for Home Retail Group, the owner of Argos, after its takeover attempt was gatecrashed by South Africa’s Steinhoff International. 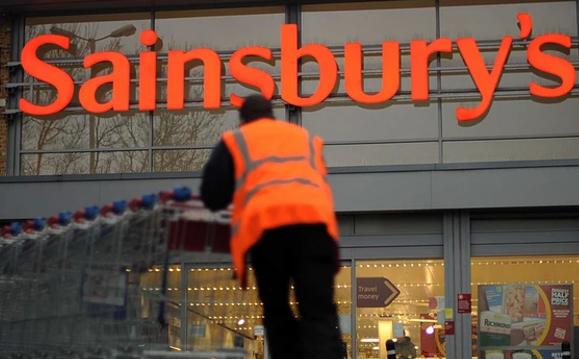 The supermarket sought an extension of the so-called “put up or shut up” deadline, previously set by City regulators for Tuesday 23 February, after Steinhoff tabled a surprise bid for Home Retail late on Friday.

Shares in Home Retail Group soared 13% to 173.7p on Monday as several retail analysts said they expected Sainsbury’s to at least match Steinhoff’s £1.42bn cash bid, worth 175p a share.

The South Africans’ potential offer, which is subject to due diligence, is only a 6% premium to the Sainsbury’s putative cash and shares offer agreed earlier this month, which would be worth £1.34bn at today’s share price. Shares in Sainsbury’s closed down 2.2% at 255p.

The new deadline for Sainsbury’s to decide on its offer is the same day as Steinhoff’s put-up-or-shut-up deadline, potentially setting up an auction for Home Retail.

Mike Dennis, a retail analyst at Cantor Fitzgerald, said he expected Sainsbury’s to at least match Steinhoff’s offer, which was currently more attractive to investors because it was all cash.

But Dennis said it was likely Sainsbury’s would have to have found more potential cost savings, benefits or assets sales after examining Home Retail’s books over the past three weeks in order to justify raising its bid.

The supermarket is under pressure from shareholders not to overpay for Argos, as some are sceptical about taking on a business that has struggled to increase sales and profits in recent years.

It has a strong rival in Steinhoff, which owns furniture retailers Bensons for Beds and Harveys in the UK, plus Conforama in France as well as discount chains in Africa and Australasia.

The bid for Home Retail marks the latest move into the UK by Christo Wiese, the South African entrepreneur who owns a 17% stake in Steinhoff and already controls New Look and grocery chain Iceland in the UK via his Brait investment vehicle. He is also backing former Asda boss Andy Bond’s Pep & Co cut-price fashion chain through Pepkor, which was acquired by Steinhoff late last year.

With a market value of €18bn (£14bn), Steinhoff is nearly three times the size of Sainsbury’s (£4.8bn) and so is likely to be able to achieve better benefits from merging buying with Argos, particularly on unbranded household goods.

“Sainsbury’s might have a more compelling, forward-thinking strategy for Argos ... but the risk for Sainsbury’s is that Steinhoff will raise the bar to a level that Sainsbury’s cannot match,” said Scott Ransley, a retail analyst at Stifel.

Dennis said: “We believe that losing out to Steinhoff may be a blessing in disguise for Sainsbury’s.”

Sainsbury’s has had to work hard to convince shareholders and analysts of the logic of a potential takeover of Argos.

The Qatari Investment Authority, Sainsbury’s largest shareholder, has expressed unease about the retailer’s bid. It is understood the fund does not want to see its stake in Sainsbury’s diluted by the issue of new shares or to have to put in further investment to maintain its stake.

Sainsbury’s will also be aware that tabling a bid for Home Retail worth more than £1.2bn, or a quarter of the supermarket’s stock market value, will trigger a shareholder vote on the matter.

Any opposition from the QIA could potentially block a deal.