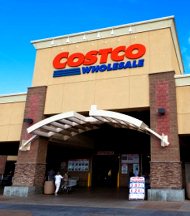 With the recovering economy at hand, retailers have been adjusting production costs and chipping away at discretionary income, many retailers have even softened their results for the second half of the year. Some of the industry's sluggishness can be attributed to the severe winter weather which prohibited customers from buying. "No retailer was immune to the doldrums witnessed during the first quarter, and as a result, the year's growth trajectory was impacted," NRF President and CEO Matthew Shay said.

E-commerce saw a boost this past winter, when the "polar vortex" kept shoppers indoors. However, this also created a blow to the economy as a whole, in the first quarter of 2014, the country's gross domestic product actually shrank, the first such decline in three years, according to U.S. Department of Commerce figures. The weak first-quarter growth number presented the opportunity for a strong second-quarter growth rate.

Walmart took the cake this year though, revealing growth plans for small-footprint stores as part of the company's e-commerce strategy. The retailer plans to open 270-300 Neighborhood Market and Walmart Express locations this year – this is double the number announced last year.

The retailer is "trying to bridge physical and digital and help our customers get what they want, when they want it and how they want it," according to Brian Monahan, vice president of marketing for Walmart.com.

Also interesting to note is that two quick-serve food companies have made the list this year – McDonald's (11) and YUM! Brands (24). While RIS doesn't recognize these as retailers, they have been included as part of NRF's list. Here are the Top 25 retailers, including rank, 2013 retail sales, number of stores, and year-over-year growth. 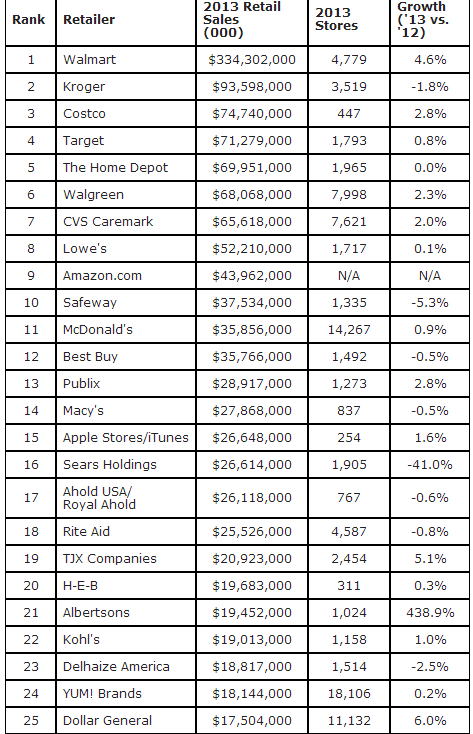