All You Need to Know on Asian Home Decorating 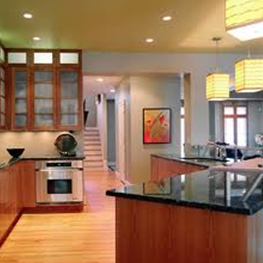 The Chinese influence is based on the element that in the Asian home decorating is called Feng Shui where space and object placing are of a great importance. This element of home decorating is mostly used in the kitchens known to bring wealth and health to those living in the house.

As kitchens are seen as the core of the house, everything that belongs to it can influence the entire house and as such the whole family. Feng Shui is associated also with the idea to have a laughing Buddha inside the house as it is believed to bring a vivid power on the home. Chinese dragons are as well very common which is believed to keep the house away from the bad spirits while the positive energy is brought in.

Money Frogs that are most commonly made of jade or agate will ensure the success and increase the treasures inside y our home. For the health status and sanity of mind, there is the Asian globe crystal which brings the benefits and energy of the sun when the sun rays fall on it.

As to the Japanese influence on Asian home decorating style, this one focuses more on the space issues as in this way it is believed to draw the good energies and resist the bad ones. The Japanese style introduced in the Asian home decorating uses Shoji screens that divide the room where it is possible to give its thus new obtained space its purpose and importance.

The material that is used in producing these shoji screens is the rice paper that is beautifully and colorfully decorated in paintings that can bring vividness to an otherwise monotonous space.

The Japanese lanterns with their box-like shape are known to replicate the power of enlightenment and the essence that light can bring pt the surface. This happens whenever they are lit and show with subtlety the images that are painted on the rice paper or the silk of the lamp.